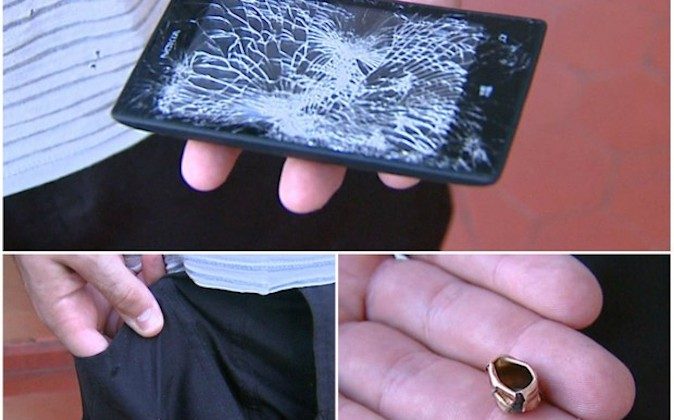 A Brazilian police officer’s Nokia smartphone literally took a bullet for him.

The 24-year-old cop had headed over to his parents’ house in Araraquara to wash his uniform after coming off-duty, only to discover that the house was being robbed by two armed criminals, and his parents and a relative were being held hostage.

In the aftermath of the shootout, the criminals managed to cart away cellphones, watches, jewelry, and money before disappearing. The Sao Paulo State Military Police are pursuing the suspects, and have leads on at least one of the criminals.

The Windows Phone 8-based Nokia Lumia 520 launched last fall with an affordable $100 price tag. The phone, which comes in a range of vibrant colors, has a 1GHz dual-core processor and a 4-inch, 800-by-480-pixel display.

The Lumia 520 also has 8GB of internal storage and a microSD card slot with up to 64GB of expandable space.

Judging by this Brazilian shooting episode, the Finnish cellphone company might want to add “bullet-resistant” in its future ads and tech specifications.

Older Nokia phone models, such as the 3000 series, already have a reputation of being indestructible, and so does the current line of Lumia smartphones.