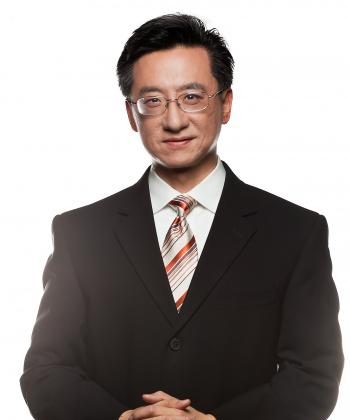 POPULAR NTDTV SHOW: Host of the Weekly Economic Review, Dong Xiang, tells in an exclusive interview with The Epoch Times, how his frustration with the news blackout of the Chinese Communist Party led him, with other Chinese from the mainland, (Courtesy of NTDTV)
US

In the not too distant future, NTD Television will be expanding its English programming.

“NTD’s rapid growth is a reflection of the growing diversity in the U.S., and the demand for independent information in Chinese language media,” stated Samuel Zhou, NTD Television’s Senior Vice President of public relations and development.

Zhou said, “We are happy to partner with WDCW to serve the audience in the DC metropolitan area with a wide range of wonderful Chinese programming, as well as English news Asia Brief that brings exclusive stories from China to our audience on a daily basis.”

Mr. Zhou told The Epoch Times that NTD will increase its English programming that “will bring accurate, reliable, and timely news about China to our audience.”

Filling a need for independent news

Perhaps no one was more delighted by the news of NTD Television broadcasting on WDCW, 24/7 in the Washington metropolitan area than Dong Xiang, Executive Director of the Washington Bureau of NTD. He was interviewed recently by The Epoch Times.

“I think New Tang Dynasty Television's biggest feature is to tell the truth, because we are registered in the U.S. independent media, and work according to the Western mainstream media, providing factual reports. The audience can judge this for themselves. We are not beholden to any government,” said Mr. Xiang.

“Several years ago, [my research team and I] predicted the disastrous consequences that are now gradually emerging: environmental pollution, aging, inflation, inferior goods, corruption, the wealth gap, acute social conflicts. Now other media are reporting about these phenomena more and more, but [in my program] we had foreseen these troubles for several years,” said Mr. Xiang.

Mr. Xiang said that there are many other news media that report on the Chinese mainland, especially the China's official media, but they are unwilling to report the truth. The other Chinese media, even abroad, too often are not completely independent of the Chinese government, and sometimes their content and source of funds comes, at least in part, from the Chinese regime.

“Another unique quality of NTD is that it does not allow violence or sexual content, a standard which many other media companies cannot match,” said Mr. Xiang. He said that New Tang Dynasty TV hopes to boost its ratings, but will make no concessions as a matter of principle, to include violence and sex.

Continued on next page