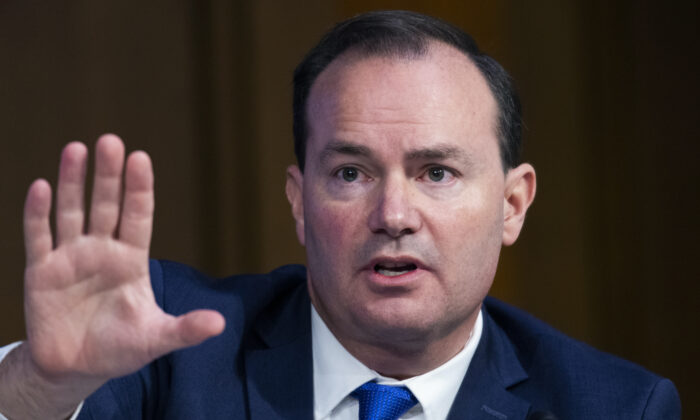 While many Utah voters were ready for a change with Edwards, Lee enjoyed solid support among Republicans as a champion of conservative values.

In 2010, Lee rode into his first term on a Tea Party wave after defeating three-term incumbent Sen. Bob Bennett in the Republican primary. He was reelected in 2016 after beating Democrat Misty Snow with nearly 70 percent of the vote.

No Candidates in Primary

Having no candidates in the primary, the Utah Democratic Party-backed Evan McMullin, an independent, who garnered 22 percent of the Utah vote against Donald  Trump in 2016.

“Being a public servant means working tirelessly for our state alongside constituents and fellow leaders to solve problems,” Edwards said on her website. “That is exactly what I’ve done for my entire career.”

However, Lee clearly was the winner in terms of campaign fund-raising, garnering nearly $2 million. Edwards raised $1.2 million, and Isom $679,000.

Later in her campaign, Edwards became the target of conservative watchdog Project Veritas Action, in which Edwards expressed on hidden video her willingness to “stand up” for abortion.

In the footage, Edwards said, “I can absolutely guarantee you, I’m your best bet, and the only candidate who has even said anything other than, ‘joyful, happy, yay, answer to prayer,’ on what we’re seeing on Roe [vs. Wade].”

Businesswoman Ally Isom promised a conservative “Pact With Utah. Vision for America” focused on fixing the economy and inflation.

Elected in 2020, Moore voted against President Donald Trump’s second impeachment but he voted twice to keep Liz Cheney (R-Wyo.) as conference chairman. He also backed legislation to form the commission to investigate the Jan. 6 protest at the U.S. Capitol.

As a religious conservative, Stewart expressed his concern over the rise of socialism, threats to religious freedom, and the national debt.

Rider, a Salt Lake City attorney, and a conservative, saw the 2022 primary as critical to determining the future of the Republican Party.

Since he took office, however, Curtis has been saddled with the second-highest approval rating among Utah’s four U.S. Representatives, voting with 34 other Republicans to establish the Jan. 6 commission.

This was Herrod’s second attempt to unseat Curtis in a statewide primary as a former Utah state representative.

“It’s pretty clear to all of us that our nation is facing a moment of real crisis. Record inflation keeps families struggling to put gas in the truck, food on the table, and clothes on their kids’ backs,” Hunsaker told The Epoch Times.