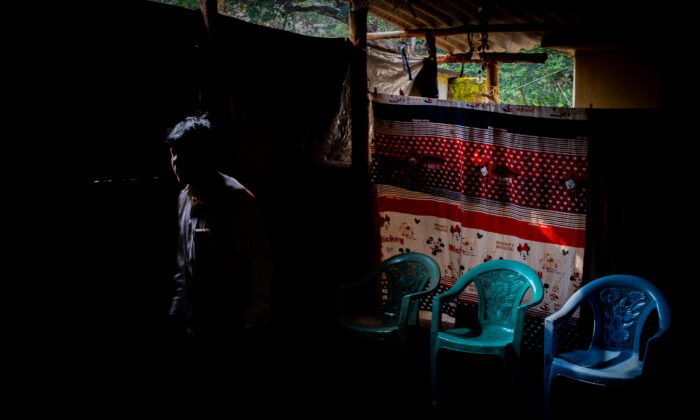 Christians in the Kandhamal District of India have faced persecution from murder to churches being burned to the the ground in the Odisha state of India, on Sept. 19, 2018. (John Fredricks/The Epoch Times)
Orange County Community

Increasing Persecution Gives Way to a Need for Leaders

Deep in the jungles of the Indian state of Odisha, a man stands on his newly rebuilt concrete balcony overlooking his neighbors in the patioed market just in front of his home in Kandhamal.

It was these same neighbors who contributed to burning his home to the ground 10 years prior.

“I actually have tea with these same men, now,” Prakash, an Indian Christian, whose last name is withheld to protect his identity, told The Epoch Times. “Showing grace is an example of Jesus, and my doors will always open for these men.”

Prakash’s home was destroyed while he was protecting orphaned children whose Christian parents were killed during the 2008 Kandhamal violence—in which at least 100 people died, and almost 400 churches and thousands of homes were burned, leaving tens of thousands of people homeless, according to media reports.

The hostility that fueled the incident, is becoming all too familiar in India’s rural Christian community, which has seen an increase in violence since 2014 when Narendra Modi was elected prime minister of the country.

“The first thing to know about this persecution is that since the Modi government took power in India, we have seen an increasing amount of Christians being persecuted, especially in the northern part of the country where it is more rural,” Orange County resident and President of the International Christian Ambassadors Association Sunny Meagher, 29, told The Epoch Times.

Modi’s government remains grounded in “Hindutva,” a political ideology that advocates for Hindu supremacy to transform India from constitutionally a secular state into an ethno-religious nation known as the Hindu Rashtra.

“In the Constitution of India, Article 24 says that you have a right to choose your religion, but most people might not know this. The RSS comes and they attack them for their faith.”

The RSS is a Hindu nationalist group known for attacking Christians and Muslims and Indian minority groups.

“They attack the pastors, they kill, they torture them, they burn Bibles, and they have this idea to stop all of these small churches and to create fear among the Christians with the mindset of if you preach the gospel, you’re going to be persecuted or killed.”

Meagher, who is from Hyderabad, a city in southern India, is passionate about bringing awareness to persecutions against Christians happening in his mother country and abroad.

When coming to the United States to study engineering in 2015, he immediately found himself grateful for the religious freedom Americans enjoy.

“Religious freedom is not only about religion,” he said. “It’s really about freedom of thought, freedom of expression, freedom of belief.”

He said it is important for Southern Californians to understand how precious their freedoms are have, in particular the freedom to practice their beliefs.

A civil engineer by trade, Meager’s drive to share stories of persecution along with building up leaders encouraged him to start the International Christian Ambassador’s Association in 2021, he said. The organization has developed into a coalition of churches, entrepreneurs, doctors, business professionals, and politicians across the globe with the goal of educating and empowering leaders in the community.

“God has been opening the doors for this and bringing important leaders to our events,” he said.

Meager’s organization is hosting an event Oct. 1 in Orange County to engage the community in helping persecuted groups around the world.

The event will feature a diverse group of leaders from former Gov. Salima Mazari of Afghanistan to Newport Beach Mayor Kevin Muldoon, and over a dozen local elected officials. It will include Indian and Hawaiian cultural displays along with a layout of Indian dishes and fundraising for churches around the world experiencing persecution.

“We often forget that it was the influential leader in Israel Joseph of Arimathea that obtained the body of Jesus from [Pontius] Pilate after his crucifixion,” Meagher said. “This is one of many examples why building up leaders is so important … especially as religious persecution is on the rise throughout the world.”