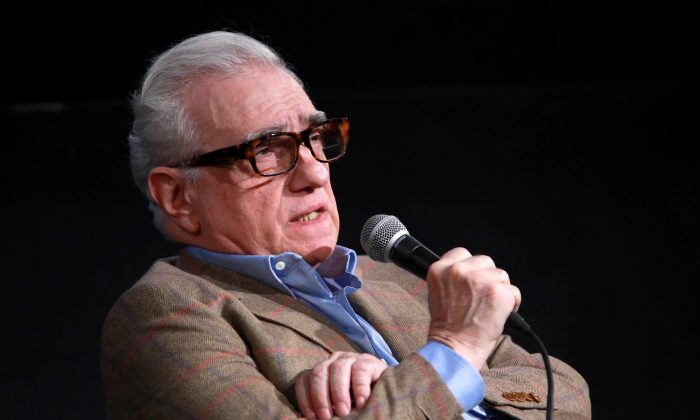 What is it like to face the ultimate test of your most fundamental beliefs?

Director Martin Scorsese explores this question in his latest film, based on a 1966 novel about two 17th century Portuguese Jesuit priests who travel to Japan as missionaries amidst the peak of a horrifying persecution against the Christian faith.

Scorsese, who led such famous films as “Taxi Driver,” “Hugo,” and “The Wolf of Wall Street,” spent over two decades planning and crafting the new project. It’s a fictionalized account of true historical events, in which Christians were forced to apostatize (renounce their faith), or face agonizing torture and death.

The resulting movie “Silence” screened in Los Angeles on Sunday, Dec. 4 to a full-house crowd of nearly 700 people at the Westwood Village Theatre.

Scorsese and other cast and crew members participated in a question and answer following the emotionally charged and challenging film. The director was given a standing ovation and dubbed “Maestro” during the forum in recognition of his reputation as one of the greatest film directors of all time.

Scorsese said the title of this film addresses the challenges of communicating with the divine and that it is an extension of his own spirituality.

“Over the years, I’ve been concerned about just distilling it to the essence of how one should live one’s life,” he said.

“This film enabled me to not only think about it, but to work it,” Scorcese said. “For me, the film isn’t finished. Now whether I can do that or not, who knows? But it’s, I think, getting clearer.”

Actor Andrew Garfield, known for “The Amazing Spider-Man,” “Social Network,” and most recently “Hacksaw Ridge,” plays one of the priests who ministers to Japanese Christians in secret.

Adam Driver, from “Star Wars: The Force Awakens,” joins him in the dangerous journey to Japan in search of their mentor, a priest who is rumored to have given up the faith amidst torture.

Veteran actor Liam Neeson of “Schindler’s List,” plays that mentor. Scorsese had nothing but praise for the actor, saying in one particularly uncomfortable scene that Neeson refused to allow him to use a stunt double.

“You can’t ask for more [in an actor],” said Scorsese.

Garfield said working under Scorsese was the greatest experience he has had as an actor because of the confidence and trust the director places in his cast.

“You feel like you can do no wrong,” he said. “He wants you at your most dangerous and uncomfortable and unknown. He wants you to reach beyond what you are and enables you to do that, and I think that’s why when we get the call from him, it’s an immediate, ‘Yes!'”

Japanese actor Issei Ogata, who was acclaimed for his role as the emperor in the 2005 film “The Sun,” plays Inquisitor Inoue in “Silence.”

During an interview with Epoch Times on Monday, Dec. 5, Ogata said the role of playing a powerful man who was responsible for persecuting and eliminating Japanese Christians was definitely scary, but in the process, he developed a greater understanding for the victims of all kinds of violence.

“What I learned is the importance of believing in something,” he said. “Believing sort of in a big way as the story reflects, but also like in the small ways, where Marty (Scorsese), for example, clearly believes in this movie, believes in this story, which pushes his work forward in a very positive way. So I was quite moved by it.”

Ogata said he has been a big fan of Scorsese ever since he was a young actor, and the experience of working with the director was notably different than in other films.

“When you work with Marty, there’s so much joy. I could feel that Marty is loving the experience and enjoying it, and I’ve never quite felt that with other directors I’ve worked with in the past…It motivates you.”

The film “Silence” comes as spiritual persecution continues across the modern world, according to an annual report by Pew Research Center.

About three-quarters of the world’s population live in countries with high or very high religious restrictions or hostilities. China was found to have the highest level of government restrictions on religion, based on the latest research.

China, with a population of nearly 1.4 billion, is lead by the Chinese Communist Party, which is known to harass, arrest, torture, and kill practitioners of “illegal” spiritual groups, such as Falun Gong and house Christians, as well as harvest and sell the organs of such prisoners of conscience.

“Silence” opens in limited theaters on Dec. 23 in order to qualify for the Academy Awards, and then it will open widely on Jan. 13.

Coppola, Eternal Film Student, on His Robust Life in Cinema