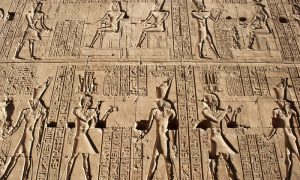 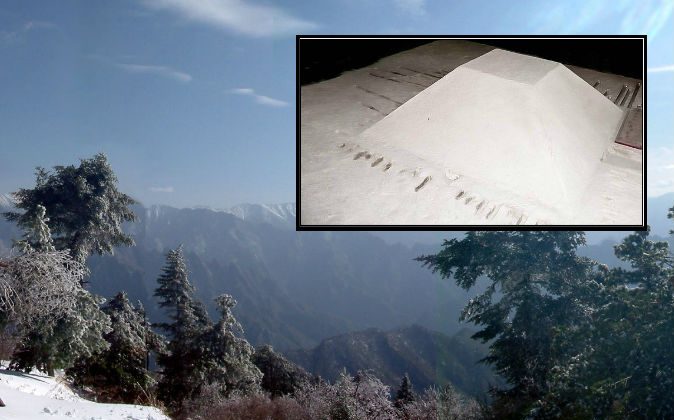 Qin Ling Mountains in China, where the White Pyramid of Xi'an is said to be. A model of a mausoleum pyramid at the Han Yang Ling Museum. Some say people have mistaken the Maoling mausoleum pyramid for the white pyramid of legend, but others disagree saying the descriptions don't match. (Wikimedia Commons)
archaeology

In Search of the Legendary 1,000-Foot White Pyramid of Xi’an

Scattered across an isolated, flat plain in Shaanxi Province, near the ancient capital of Xi’an, lie dozens of spectacular pyramid mounds that are little known outside China. Mixed in with the reality of these impressive tombs, is a legend of an enormous 1,000-foot white, jewel-capped pyramid that would outshine even the Great Pyramid of Giza. While some researchers believe that aerial sightings of the “White Pyramid of Xi’an” actually refer to the Maoling pyramid, tomb of Emperor Wu of Han, others maintain that the legendary pyramid is yet to be found.

The Maoling pyramid is about 155 feet high, falling far short of the grand structure of the legendary white pyramid.

Reported sightings of an enormous white pyramid in China date back more than a century to the diary entries of American travel agent and trader Fred Meyer Schroder, who spotted a set of pyramids in the distance while walking with a Buddhist monk guide in Shaanxi Province in 1912. He reported seeing one giant pyramid, along with smaller pyramids surrounding it.  “It was even more uncanny than if we had found it in the wilderness,” he wrote. “Those [pyramids] were to some extent exposed to the eyes of the world—but still totally unknown in the Western world.”

Schroder estimated that the main pyramid was at least 300 meters high (roughly 1,000 feet) with 500-meter sides. Such dimensions would give the structure a volume ten times greater than that of the Great Pyramid in Egypt, which measures 140 meters (450 feet) in height.

Schroder’s Mongolian guide, Bogdo, informed him that the pyramids are at least 3,000 years old and that information about them is recorded in ancient monastic documents and is well-known in local legend.

The second and most famous sighting of the White Pyramid of Xi’an came from an United States Army Air Corps pilot named James Gaussman, who was flying from China to Assam in India in the Spring of 1945, when he reportedly saw a huge, white, jewel-capped pyramid to the southwest of Xi’an. He later wrote: “I flew around a mountain and then we came to a valley. Directly below us was a gigantic white pyramid. It looked as if it were from a fairy tale. The pyramid was draped in shimmering white.

“It could have been metal, or some other form of stone. It was white on all sides. What was most curious about it was its capstone: a large piece of precious gem-like material. I was deeply moved by the colossal size of the thing.”

Just two years after Gaussman’s supposed sighting of a white, jewel-capped pyramid, Colonel Maurice Sheahan, Far Eastern director of Trans World Airlines, was flying over a valley near the Qin Ling Mountains, approximately 40 miles southwest of Xi’an in Shaanxi Province, when he saw a giant pyramid in the landscape below. Sheahan’s encounter was reported in the March 28 edition of the New York Times, under the headline “U.S. Flier Reports Huge Chinese Pyramid In Isolated Mountains Southwest of Sian [Xi’an].”

In the article, Sheehan is reported as having said that the pyramid was around 1,000-feet high and 1,500-feet wide and seemed to “dwarf those of Egypt.” Two days after the report, the New York Times published a photo of the supposed pyramid, which was later attributed to Gaussman. Meanwhile, Chinese archaeologists were denying that any such pyramid existed.

The photograph was somewhat disappointing—it was not pure white, nor was it jewel-capped, and it did not appear to be 1,000-feet high, making some question whether the photo was merely a filler added by the newspaper and not taken by Gaussman at all.

The photograph was later identified as the well-known Maoling burial mound, the tomb of Emperor Wu of Han (156–87 B.C.), located in Xingping, Shaanxi Province, China, about 25 miles to the northwest of the provincial capital of Xi’an.

Maoling is the largest of the Western-Han Dynasty pyramids (or trapezoidal burial mounds) constructed as imperial mausoleums over 2,000 years ago, but is still significantly smaller than the reported size of the White Pyramid of Xi’an. The tumulus is built with rammed earth and clay with a rectangular base of approximately 220 x 220 meters (720 x 720 feet) and a height of 50 meters (155 feet).

Construction of the tomb started in the second year of Emperor Wu’s reign (139 B.C.) and was completed upon his death some 53 years later. The tomb was filled precious grave goods, many of which are now on display at a nearby museum. Surrounding Maoling are a series of smaller tombs that belong to Emperor Wu’s favorite concubine, Lady Li; the military strategist, Hao Qubing; and other members of the royal court.

Does the White Pyramid Really Exist?

Many researchers who have explored both the legend and the sightings of the White Pyramid of Xi’an do not believe that they correspond to Maoling. One reason is that the sightings placed the White Pyramid near the Qin Ling Mountains, while Maoling lies in an isolated, flat plain. Furthermore, Maoling lies to the northwest of Xi’an, while Gaussman and Sheahan placed the pyramid to the southwest.

The descriptions also do not match up, including the fact that Sheahan described the White Pyramid as having a “perfect pyramidal form,” which contrasts to the flat-topped appearance of Maoling.

Is it possible that the New York Times simply used a photo of Maoling as a stock photo to represent a pyramid in China, leaving open the possibility that a real White Pyramid is still out there waiting to be discovered? Or were Schroder, Gaussman, and Sheahan all mistaken in their descriptions and size estimations, and their sightings really were of Maoling?

Some believe that the White Pyramid may lie within the rugged terrain of the Qin Ling Mountains, difficult to spot among the towering mountains and deep gorges. Numerous researchers and explorers have pursued the White Pyramid of Xi’an, but none to date have been successful.