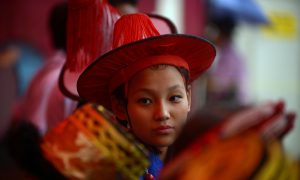 Bearing Witness to Tibet: A Memoir and Protest
0 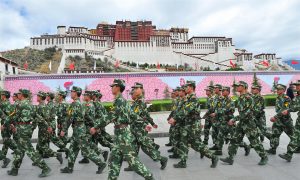 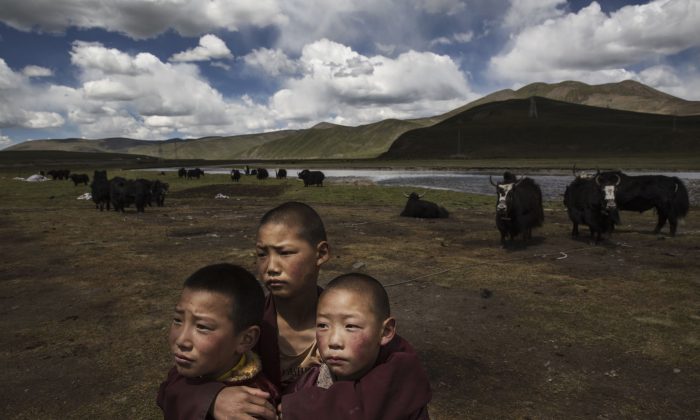 The Chinese Communist Party wants the world to believe that its rule over Tibet has propelled the central Asian region from the Dark Ages into a “golden age” of economic prosperity, Buddhist temples gleaming with precious metals, and healthy ecological reserves, according to a recently released white paper.

But Tibet watchers said that the Chinese regime’s report on the region is yet another piece of bogus Party propaganda that obscures the bleak state of Tibet under Party rule.

The white paper painted “old Tibet” as “savage, cruel, and backward, like the dark society of medieval Europe” before the communists embarked on a “peaceful liberation” of the region in 1951. Following political restructuring of Tibet into the Tibet Autonomous Region in 1965, “great changes have taken place,” according to the document.

Whether or not this rhetoric is accepted by the Tibetans and the international community in general is another thing,
— Kelsang Gyaltsen, member, Tibetan government-in-exile

Today, Tibetan people are “masters of the country” and allowed to stand for elections, the white paper reads. Tibet’s gross domestic product reportedly saw a 281-fold increase from 1965 to 2014. Over 34 percent of Tibet’s land area is devoted to ecological reserves, which teem with wild plants and animal life. And the state has lavished “111 kg of gold, 2,000 kg of silver, and a large amount of jewelry” to maintain Tibet’s many temples.

Things couldn’t be better on the spiritual front, the report states: the reincarnation of the Dalai Lama, a “succession system unique to Tibetan Buddhism” and is “respected by the state and governments at different levels of the autonomous region” is currently “proceeding well,” according to the white paper. The Dalai Lama is recognized by Tibetans as both their religious leader and head of state.

But the current Dalai Lama (the 14th) suggested in March that he wouldn’t reincarnate when he dies, and that no one can appoint his successor “for political ends,” statements that the Communist Party has criticized him for without a sense of irony, given its own atheist ideology.

The Dalai Lama has lived in exile since 1959 when troops from the People’s Liberation Army moved in to suppress a Tibetan armed struggle against communist rule.

The Truth About Tibet

The latest white paper on Tibet, the 15th since the 1990s, is “part of a long tradition of obscene lies of the brutal military occupation of Tibet,” says Maura Moynihan, a journalist and researcher who has worked for many years with Tibetan refugees in India and Nepal.

Kelsang Gyaltsen, a member of the Tibetan government-in-exile told nonprofit broadcaster Radio Free Asia: “China has adopted the format of white paper by citing many data, number, special terminologies, to justify its ruling legality toward Tibet, rather than investigation and changes toward anything that happened in Tibet and criticisms from the international community.”

“Whether or not this rhetoric is accepted by the Tibetans and the international community in general is another thing,” continued Kelsang, a special representative to the Dalai Lama in Europe.

The Tibetan government-in-exile in Washington, D.C., did not answer telephone calls.

It is well documented that Tibetan monks are persecuted and their religion repressed. While Tibetan customs are attacked, their opportunities for employment are limited. Tibet’s natural environment has been badly degraded by government projects, and the regime has introduced Party education and indoctrination in Tibetan schools. Authorities have also encouraged the immigration of Han Chinese, which Tibetans complain has the effect of limiting their living space, and disenfranchising them in their own homeland.

An increasing number of Tibetans, both monks and laypeople, have been engaging in acts of self-immolation in front of Chinese government buildings to protest the Communist Party’s suppression of Tibet and its people for many years now. Since February 2009, 143 Tibetans have self-immolated in Tibet and China, according to the International Campaign for Tibet, an NGO, which tracks Tibetan protests.