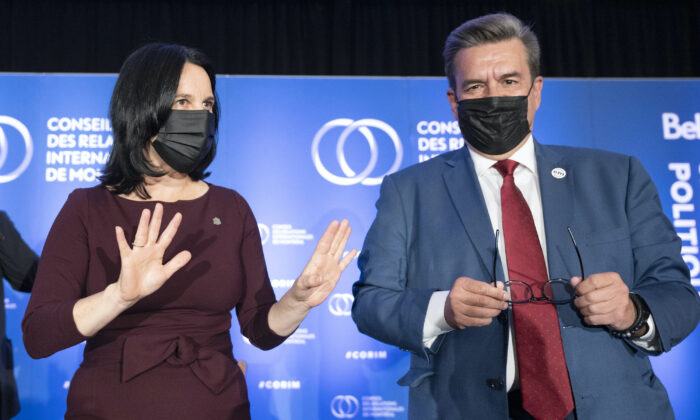 In Montreal’s Tight Rematch for Mayor, Personality May Count for More Than Policy

MONTREAL—Former Montreal Mayor Denis Coderre says he doesn’t want the city’s upcoming municipal election to be a referendum on his personality, but it’s not clear if Montrealers will agree.

The race to lead Canada’s second−biggest city pits Coderre, a former federal Liberal cabinet minister and one−time mayor, against the woman who defeated him in 2017, incumbent Mayor Valérie Plante. And with the two well−known candidates running neck and neck in recent polls, observers say personality may matter more than policy.

“It’s a campaign of personalities,” Danielle Pilette, a professor at Université du Québec à Montréal who studies municipal governance, said in a recent interview. While Montreal has a party system at city hall, most of the focus — for both major parties — is on the mayoral candidates, she added.

Good mayors generally get two terms, Pilette said, and Plante and Coderre see themselves as competent mayors who deserve another mandate.

“Plante says, ‘I deserve a second mandate … because I’ve been a very good mayor, particularly during the pandemic. I’ve worked very well with public health; we did everything we could in Montreal,'” Pilette said.

She said Coderre believes he lost in 2017 because he ran a bad campaign and had a few missteps in office, including championing an unpopular electric car race known as Formula E. Plante cancelled subsequent races in the city when she took over, calling the event a “financial fiasco.”

Plante said she would rather talk about policy than personality.

“Some people might say that the campaign is about a personality fight, but I refuse that,” she told reporters at the launch of her party’s campaign platform on Oct. 6. “Projet Montréal has always been about ideas. It’s in our DNA: having ambitions for the city.”

Coderre, meanwhile, has run a campaign that has often taken a negative tone.

“Mr. Coderre is conducting something of a negative campaign, a campaign of fear,” Pilette said.

Coderre has said the city is dirty, comparing Montreal to Beirut after the Lebanese civil war. He has described downtown as “hell,” and he has called the city unsafe. He’s also said — without presenting evidence — that international organizations were thinking of moving elsewhere and the city’s credit rating was on the cusp of being downgraded.

Pilette said Coderre’s current campaign reminds her more of 2017, when he struggled to define himself against Plante, as opposed to 2013, when he became mayor.

“It’s as if he thought everything would be easy for him and that all he had to do was come back,” she said, adding that the reason he has gone negative is because the campaign has become more difficult than he expected.

But Coderre has said he regularly hears from people who say the city is dirtier than it used to be and who feel unsafe.

“The time has come to say, ’this is not going well.’ And, if you don’t recognize it, you will never be able to change it,” he recently told reporters. “It’s not fearmongering, it’s just the truth.”

Coderre has attempted to portray himself as the candidate of law and order, but Pilette said she’s not sure that will work. He struggles when things aren’t going his way, she said, adding that Plante excels in a tight election race.

“I think she really likes adversity and she’s a very, very competitive person,” Pilette said. “So I think the situation pleases her a lot.”

Pilette, however, said Plante’s campaign has been hurt by the conflicts the mayor has had over the past four years with members of her own party.

Villeray—Saint−Michel—Parc−Extension borough Mayor Giuliana Fumagalli was kicked out of Projet Montréal after she was accused of harassing a city employee. Sue Montgomery, mayor of the city’s most populous borough, Côte−des−Neiges — Notre−Dame−de−Grâce, was booted from the party after she refused to fire her chief of staff, who was accused of harassing city employees. Both Fumagalli and Montgomery are running for re−election as leaders of their own separate parties.

There were also tensions between Plante and outspoken former Plateau—Mont−Royal borough mayor Luc Ferrandez, who stepped down in 2019, accusing Plante’s party of failing to be sufficiently environmentally conscious.

Brian F. Kelcey, a public policy consultant who specializes in municipal politics, said those conflicts may have influenced some voters to see her as arrogant — a quality associated with Coderre in 2017.

Coderre has attempted to present a redemption story, casting himself as a new man, more humble and more willing to change his mind.

“It looks like a rematch because you’ve got the same two names there,” Kelcey said in a recent interview. “But there’s a big difference here and that’s that they’ve switched roles.”

Both candidates have strong personal brands and the race could ultimately come down to who gets out the vote, Kelcey said. Plante may have an advantage because her party has a stronger organization, he added.

“Once it’s this tight, what it really comes down to is field organization and how motivated your voters are to show up,” he said.

Montrealers head to the polls Nov. 7.