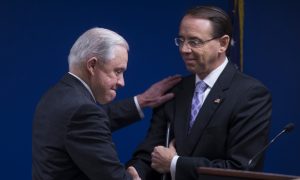 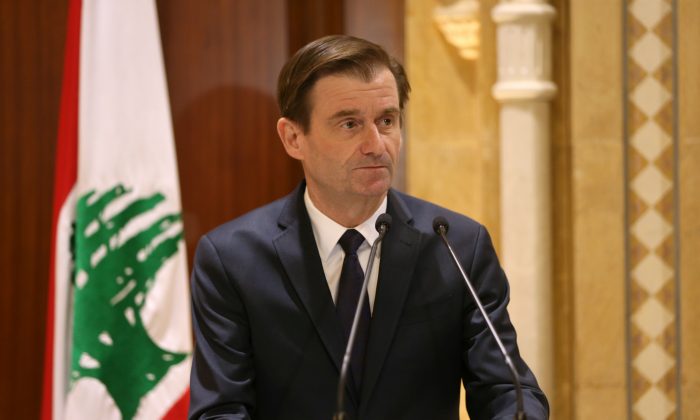 David Hale, U.S. Under Secretary of State for Political Affairs of the Department of State, talks during a news conference in Beirut, Lebanon, on Jan. 14, 2019. (Reuters/Mohamed Azakir)
Trump Administration

In recent weeks, Israeli forces uncovered tunnels they said were dug by Hezbollah, and Lebanon complained about Israel’s construction of a barrier along disputed parts of the border.

The United States, Israel’s closest ally, regards Hezbollah as a terrorist group and has pledged tougher steps to counteract Iranian influence in the region, but it has also reiterated its backing for the Lebanese government—which includes Hezbollah representatives—and army.

Secretary of State Mike Pompeo last week vowed to expel “every last Iranian boot” from Syria, where Iran has been fighting alongside Hezbollah, and where Israel has been carrying out strikes against both.

“While Lebanon has the right to defend itself, that is the right of the Lebanese state alone,” said David Hale, U.S. under secretary of state for political affairs, after meeting Lebanese prime minister designate Saad al-Hariri.

“It is unacceptable to have a militia outside the control of the state, and unanswerable to all people of Lebanon digging attack tunnels across the blue line to Israel or assembling an arsenal of over 100,000 missiles with which to threaten regional stability,” he added.

Israel, which regards Hezbollah as the biggest threat on its borders, on Jan. 13 said it had completed efforts to find and destroy tunnels under the frontier that it said the group had dug to infiltrate fighters during a future war.

Hezbollah has not commented on the tunnels. Lebanon’s National Security Council last week said an Israeli border wall that crosses into territory claimed by Lebanon, constitutes an act of aggression.

However, both sides appear ready to contain matters for now. “Israel’s interest is to keep the (situation) quiet. I think for them (Hezbollah), that interest is even greater,” Lieutenant General Gadi Eizenkot said last week after completing his term as Israeli army chief.