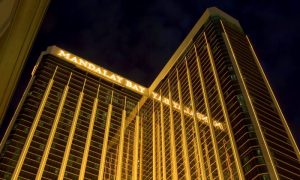 Snipers Will Be Perched in New Year’s Eve in Las Vegas, Say Officials
0 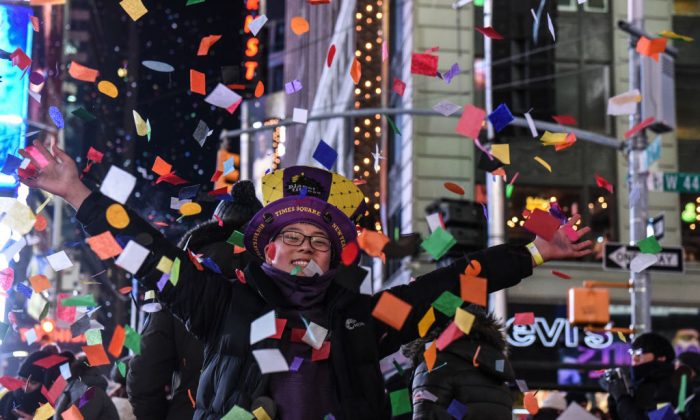 In Frigid Times Square, Relief Arrives With the New Year

NEW YORK—Intrepid revelers from around the world endured hours of waiting in a frigid Times Square on Sunday to witness the glittering New Year’s Eve ball make its annual descent at midnight, undeterred and perhaps reassured by a massive police presence.

With New York City in the grip of a bitterly cold Arctic air mass, the experience was made particularly memorable this year for hundreds of thousands of people who braved the bone-chilling conditions to witness a century-old tradition.

In the waning hours of 2017, the mercury had plunged to 10 Fahrenheit, with a “Real Feel” of 7F, according to AccuWeather.com. That made it the city’s second-coldest New Year’s Eve on record after 1917, when the mercury in Times Square dropped to 1F (-17C).

Jaden Hunter, a 13-year-old from southern New Jersey, arrived at around 6 p.m., protected by a face mask and geared up for a good time.

“It’s a once-in-a-lifetime opportunity,” Hunter said. “It’s pretty chilly, but we’ve got hand-warmers and all kinds of thermal technology.”

About 2 million people were expected in the vicinity of Times Square, the bow-tie-shaped plaza formed by the intersection of Broadway and Seventh Avenue in midtown Manhattan. That was roughly same number as last year, when the temperature at midnight was a comfortable 44F (7C).

Still, the weather was severe enough to test the mettle of even the hardiest of partygoers.

Alejandro Garcia, 32, of Barcelona, Spain, said the only thing that stood between him and leaving early for a warm hotel room was his girlfriend, graduate student Gamma Elias, 28.

“I’m freezing to death out here!” Garcia said, a few hours before midnight, wrapping his arms around Elias. “But she wants to stay.”

Like tens of thousands of others, the couple stood in one of dozens of fenced-in enclosures set up for blocks along the square. After hours of waiting, they were rewarded with a spectacular view of the giant ball as it made its annual, one-minute descent on the southern end of the plaza.

The crowds counted down the final hours of 2017 with a lineup of live musical acts including Nick Jonas, Neil Diamond and Andy Grammer.

Mariah Carey returned to the Times Square stage as well, pulling off a smooth performance after the embarrassment of last year’s technical difficulties.

Then came the long-awaited ball drop, a tradition that dates to 1907, three years after New Yorkers started gathering en masse in Times Square to usher in the new year.

Thousands of police were on hand, some heavily armed, others undercover. The show of force is part of a beefed-up security plan that follows a spate of terrorist attacks in the city and around the world.

The NYPD provided officers with specialized training to stop any suicide bombers in response to an attempted bombing in a Times Square subway station walkway on Dec. 11.

Police deployed observation teams trained to spot snipers. There were also more explosive-detecting dogs and more officers positioned throughout the area this year.

People hoping to see musical acts and other entertainment up close in Times Square had to pass by heavily armed officers and dogs. They went through a magnetometer to check for weapons, had their bags inspected, then repeated all those steps a second time.

Police cars, dump trucks filled with sand and cement blocks were used to close streets, starting Sunday morning. About 125 parking garages in the area were emptied of all cars and sealed.

Brynn Hansen, 14, from Longmont, Colorado, appeared unfazed by the heightened security and the trying conditions. She said she was living a dream.

“It’s been on my bucket list, and now I can cross it off. It’s exciting to be here.”