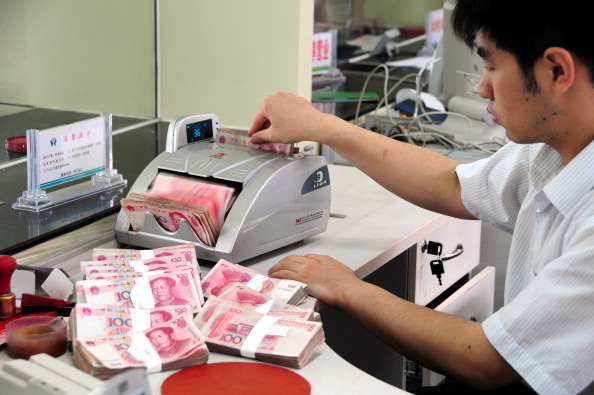 BEIJING—Small banks in Chinese provinces affected by Beijing’s efforts to slash excess industrial capacity and reduce pollution are being hit by a spate of non-performing loans, according to reports from Chinese credit rating agencies.

Some small lenders in provinces such as Henan and Guizhou have seen their capital adequacy ratios fall to near zero or even negative due to the increase in bad loans, the reports say.

The troubles facing the regional lenders have been masked by slow overall bad-loan growth in China this year as big state-backed banks register faster profit growth.

At least 13 lenders, including 10 rural commercial banks, have had their credit ratings cut or outlooks downgraded to negative since the start of 2017, according to a Reuters analysis of 271 reports issued by several domestic rating agencies.

The reports attribute the rise in bad loans to small business failures as the local economy stalls, as well as the closure of factories and mines as part of Beijing’s campaign to slash excess capacity and curb pollution, hurting the ability of companies to repay debts.

Many small banks are racing to replenish their capital to raise additional funds as provisions against non-performing loans. The spate of rating downgrades is making it harder for some of them to raise funds in capital markets.

“Small banks are the main forces for small business financing,” said Xu Chengyuan, chief analyst at Golden Credit Rating International, adding that “under capital constraints, they have to reduce lending.”

For now, the provinces of Guizhou, Henan, Liaoning, Shandong, and Jilin have the highest non-performing loan ratios in China, according to Chinese investment bank Citic Securities.

But risks could spread to more regions if companies are increasingly hit by Beijing’s financial deleveraging campaign, which has pushed up borrowing costs and reduced credit availability, analysts say.

Risks are more significant at rural commercial banks as they lack sufficient capability to diversify in terms of geography, industry, or clients, analysts say. Many of the banks are involved in unregulated shadow financing, allowing them to circumvent rules capping a lender’s credit exposure.

Jilin Jiaohe Rural Commercial Bank was downgraded to A from A+ in February by Shanghai Brilliance Credit Rating & Investors Service partly because it had lent 601 million yuan (about $88.4 million) in shadow loans via trust products to Chinese phone maker Cosun Group, which defaulted in January 2017 amid a high-profile shadow banking scandal involving 14 financial institutions.