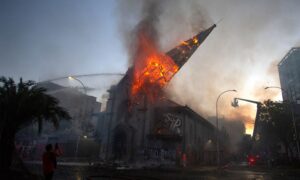 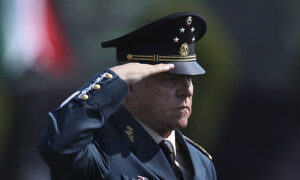 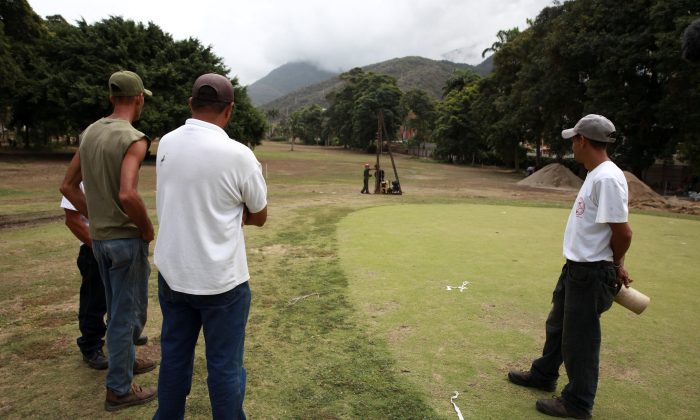 In Chavez-Era Throwback, Venezuela Seizes Part of a Golf Course

CARABALLEDA, Venezuela—Venezuelan authorities have seized part of a coastal golf course in a move reviving memories of late leader Hugo Chavez’s threats against the “bourgeoisie” but angering residents who worry officials’ plan to build a school there will be abandoned.

Officials from Vargas state, located between the capital Caracas and the Caribbean, took control of the third hole of the 70-year-old Caraballeda Golf & Yacht Club a week ago and ordered that it would become the site of a school complex for 5,000 students.

By Tuesday, workers were putting up temporary barracks and hammering stakes into the 53,000-square-meter (570,000-square-feet) area as the club’s caddies and maintenance staff watched from behind a fence, wary that their jobs could be at risk.

“Golf is not for the elite. A lot of low-income professionals have come through here and gone on to represent Venezuela,” said club manager Carlos Castro, who said he was worried the government would begin taking over other holes.

Banners placed by the third hole, surrounded by decrepit public housing blocks built by Chavez, showed designs for a sleek complex with classrooms built in a circle, painted in the red, yellow and blue of Venezuela’s flag.

Many locals worried the entire course could be taken over and the project ultimately abandoned like a baseball stadium and a planned university which after eight years still has no walls.

Castro said Vargas state officials have considered allowing the rest of the golf course to function alongside the school. Vargas officials could not be immediately reached to clarify their plans.

The town of Caraballeda used to be a glamorous beach spot where Caracas residents escaped on weekends. Now it crumbles along with the rest of the country amid hyperinflation, paralyzed public services and widespread food shortages.

“I’m part of the revolution and I’ll defend it wherever it goes, but I don’t agree with what they’re doing,” said Pablo Cama, a 44-year-old local community leader.

Vargas Governor Jorge Garcia this week tweeted that the school would be a “showcase to the rest of the county.”

Over 14 years as president, Chavez nationalized swathes of Venezuela’s economy, from the biggest electricity and telecoms companies to cemeteries and butchers. His successor, Nicolas Maduro, has followed suit, though his targets have been smaller.

Chavez dismissed golf as a “bourgeois” sport, closing courses that belonged to state oil-firm PDVSA and threatening to take over the Caraballeda green.