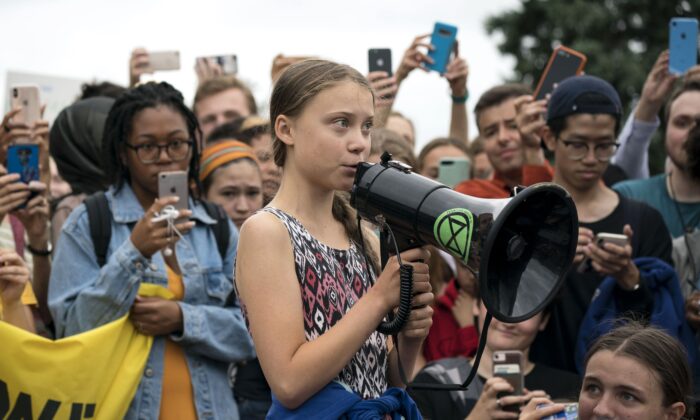 Members of European Parliament (MEPs) voted on July 6 not to reject adding nuclear and natural gas activities to the European Union taxonomy for sustainable investments.

Opponents of the change had to secure an absolute majority of the 705-member European Parliament, or 353 MEPs.

Just 328 MEPs voted against the European Commission Act, which would define natural gas and nuclear as transitional activities that enable the mitigation of climate change.

Although they outnumbered the 278 who did not object to the act, they still fell short of an absolute majority, with 33 MEPs abstaining.

First published in February 2022, the act specifies that support for nuclear and natural gas activities would be carried out “under strict conditions and for a limited time.”

The day before the Parliament’s vote, climate activist Greta Thunberg voiced disagreement with the EU taxonomy revision on social media:

Tomorrow the European Parliament will decide whether fossil gas and nuclear will be considered "sustainable" in the EU taxonomy. But no amount of lobbyism and greenwashing will ever make it "green".
We desperately need real renewable energy, not false solutions. #NotMyTaxonomy

After the vote, Thunberg argued in another Tweet that the move “will delay a desperately needed real sustainable transition and deepen our dependency on Russian fuels.”

Also displeased by the European Parliament’s vote was the Club of Rome, another well-known environmental group.

The Club of Rome is famous for the 1972 report “Limits to Growth,” which argued that rapid industrialization and population growth might seriously imperil Earth’s resources.

“In light of Russia’s invasion of Ukraine, it is ludicrous that the EU continues to [legitimize] gas as green as planned at the start of the year. No credible institution can sanction the Russian invasion of Ukraine with one hand, and push ahead with plans to [incentivize] investments which include Russian fossil gas supplies with the other,” said Sandrine Dixson-Declève, co-president of The Club of Rome, in a July 6 press release.

The Club of Rome’s press release asserted that those willing to accept the new act “are largely those in the political [center] to right of the spectrum from Member States with strong industry presence or future interests in the nuclear or gas industry.”

While many green activists staunchly oppose nuclear power, ecomodernists such as Ted Nordhaus of the Breakthrough Institute argue that nuclear power is essential to reducing carbon emissions.

“When nations build nuclear plants, emissions reliably fall and when they shut them down, as we’ve witnessed over the last decade in Japan and California, they reliably rise,” Nordhaus wrote in a 2021 article for his environmental group, the Breakthrough Institute.

Steve Milloy, proprietor of the website JunkScience.com, questioned the priorities of EU opponents of the taxonomy act.

Europeans may freeze this winter because of climate idiocy.

Meanwhile the EU is debating with nuclear power fits into "green taxonomy."

Germany in particular has been criticized for continuing with plans to close its remaining nuclear plants, even after Russia’s invasion of Ukraine jeopardized its supply of Russian natural gas.

In November of 2021, prior to the release of the EU Taxonomy update, it joined Luxembourg, Denmark, Austria, and Portugal to object to the potential inclusion of nuclear energy.

“Nuclear power is incompatible with the EU Taxonomy Regulation’s “do no significant harm” principle,” the countries asserted in a joint declaration.

Robert Habeck, Vice Chancellor of Germany, and a member of its Green Party, said in a June 19 press release that the activation of “more coal-fired plants for a transitional period” was “bitter but… almost essential”