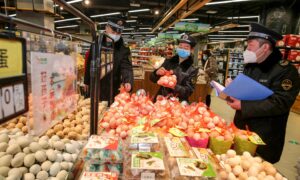 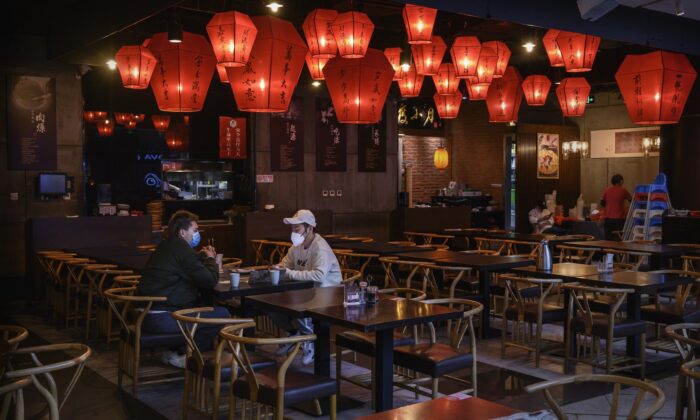 In Beijing, Patients and Staff Becoming Infected With Coronavirus Inside Hospitals

At least two hospitals in Beijing have confirmed hospital-acquired infections of the novel coronavirus (COVID-19) recently, while a private company has reported that a staff member who returned to work later diagnosed positive for the virus.

Netizens expressed alarm that many tourists did not wear masks while they were walking around the Fragrant Hills Park, a former imperial garden located in the Haidian district of Beijing.

According to official statistics, the city has a total of roughly 21.54 million residents, 7.65 million of whom come from other regions of China.

The city also sees about 675.7 million passenger trips by train, airplane, and bus.

As the capital is home to the Chinese Communist Party headquarters and national government offices, authorities have been anxious about containing the spread of the disease there.

On Feb. 20, Li Dongxia, director of the Fuxing Hospital in Beijing, said at a daily city government press conference that eight medical staff, as well as nine medical assistants and cleaning staff at the hospital were diagnosed with the virus.

Aside from the employees, 17 patients at the hospital were also diagnosed.

Dong didn’t provide details about how the medical staff and patients became infected with the virus, but said that hospital staff became infected while at the hospital’s headquarters in the Muxidi neighborhood, as well as a clinic and medical service center at the Yuetan neighborhood. Muxidi and Yuetan are located in the Xicheng district of Beijing. Government offices are situated in that district.

Dong said all hospital staff and hospitalized patients, including those who receive kidney dialysis treatment, new mothers, and newborn babies, will now be tested for the virus.

On Feb. 20, Liu Xiaoguang, deputy director of the Peking University School of Medicine, announced at a press conference that there were hospital-acquired infections within the university’s hospital facility.

According to Liu, Ms. Tian is a patient who has received kidney dialysis in the hospital for six months, and has not left the hospital in the past half year.

Tian’s daughter Li and son-in-law Zhang returned to Beijing from a trip to Aksu City in Xinjiang Province on Jan. 19. Since then, the couple had visited Tian every day. On Feb. 17, Li and Zhang visited the hospital because both of them had come down with a fever.

After testing, Li and Zhang were diagnosed with COVID-19. The hospital then ran a test on Tian on Feb. 18. The result was positive.

Liu said it’s unclear whether Tian transmitted the virus to Li and Zhang, or vice versa.

Liu said another kidney dialysis patient who had been receiving treatment in the hospital from Jan. 16 to Jan. 22 recently passed away. After the patient passed away, the patient’s spouse and two daughters were diagnosed with the virus.

Because the dead patient didn’t get tested for COVID-19, Liu said he couldn’t conclude how Tian had been infected with the virus.

On Feb. 20, more than 100 medical staff from the hospital and over 150 patients were quarantined. The hospital didn’t say whether there were other infected patients.

Chinese media Caixin reported on Feb. 21 that a source tipped them off about hospital-acquired infections happening at the Beijing Friendship Hospital and Jishuitan Hospital.

The media outlet sent its reporters there to investigate.

According to the reporters, the hospital’s obstetrics and gynecology department was locked down on Feb. 18, but the hospital has said that there are no patients infected with the virus.

Since Feb. 16, the Jishuitan Hospital refused to receive any patients who do not make prior appointments online, except in cases of emergency, according to Caixin.

The hospital has also not allowed patients’ family members to visit.

Meanwhile, Dangdang.com, a Chinese e-commerce company, closed its Beijing headquarters after one of its employees was diagnosed with the virus.

Zhang Yanlin, deputy director of the Beijing Municipal Development and Reform Commission, said at a Feb. 23 press conference that the Dangdang employee is a lactating mother, meaning she recently gave birth. She returned to work on Feb. 10, in a large office shared with almost 100 employees.