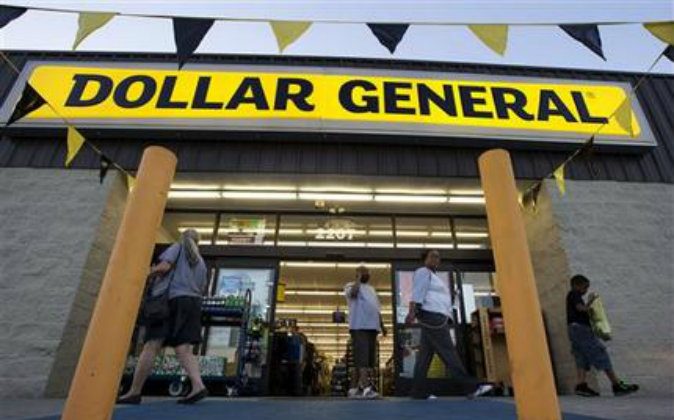 In a Struggling Economy With Soaring Inflation, Dollar Stores Are Winning

Dollar stores are seeing an increased number of customers looking to stretch their budgets amid soaring inflation, even as the cost of living is taking its toll on other retailers, according to new data.

The latest data released by foot traffic analytics firm Placer.ai shows that visits to dollar stores owned by Dollar General Corp., Dollar Tree Inc. and its subsidiary Family Dollar, and Five Below Inc. were up 13.2 percent between the first and second quarters of 2022.

The data suggest that dollar stores are continuing to meet heightened consumer demand amid economic challenges such as decades-high inflation, which has seen the cost of even basic essentials soar.

“In the early days of COVID, dollar and discount stores were one of the few retail categories that remained open as essential businesses, which led many shoppers to discover the value-priced one-stop-shops—and these shoppers have been coming back ever since,” Placer.ai said.

Placer.ai notes that due to increased demand, many dollar store companies are expanding their store fleets to set them up for long-term success, even as a string of other companies like Walmart Inc. and Target Corp. are suffering from a decline in sales.

Dollar General has announced 1,102 planned store openings for 2022. In March, the company said it plans to create 10,000 new jobs through expected new stores and distribution centers. It also plans to expand internationally for the first time via new store openings in Mexico by the end of fiscal 2022.

However, the discount stores have not been immune to rising inflation, with Dollar Tree announcing in November that it would be permanently raising prices for most of its items, up from its signature $1 to $1.25, citing inflationary pressures.

The latest data comes as experts increasingly believe the Federal Reserve will likely raise the benchmark interest rate by 100 basis points at the July Federal Open Market Committee (FOMC) policy meeting in an effort to bring inflation down.

A recent Primerica poll (pdf) found that three-quarters of middle-income Americans say their income is not enough to pay for the cost of living, while 49 percent of those surveyed said they plan on cutting back or budgeting when it comes to groceries.

Costco Wholesale CEO Craig Jelinek recently warned in an interview with CNBC that people with less discretionary spending are having a difficult time in the current economy.

“For a lot of people, right now, they are in a recession because they’re just trying to survive with just buying gas and making their house payments, rent payments,” Jelinek said.

Despite concerns over increased prices, Biden administration officials say that consumer spending is still robust and Americans are still tapping into their savings, which could help stave off a recession in the near future.