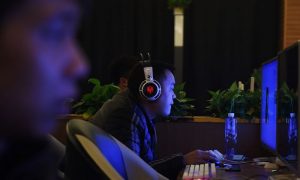 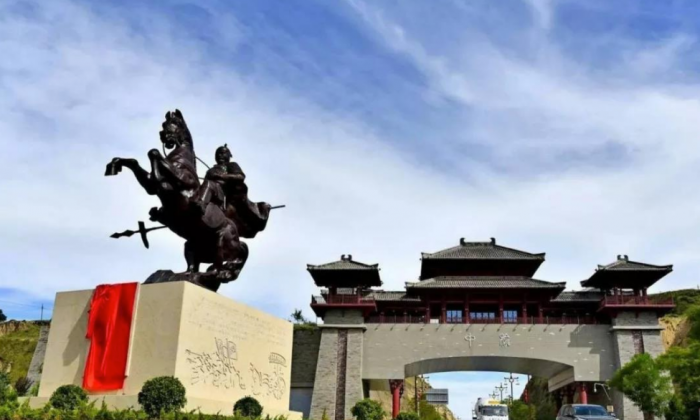 Photo of an "image project" in Yuzhou county
Chinese Regime

China’s Ministry of Housing and Urban-Rural Development have openly denounced authorities in two poverty-stricken counties for spending hundreds of millions of yuan on “image projects.”

The ministry said on its official website on Jan. 18 that a “gate construction project” in Yuzhong County, Gansu Province, and a “landscape improvement project” in Hancheng City, Shaanxi Province, had misplaced priorities in spending such huge sums. The Yuzhong government in particular borrowed money in order to construct two antique-style gates mimicking the aesthetic during the Qin and Han dynasties.

In addition, a large sculpture and two plazas accompanied the gates.

The two gates were completed in June 2017. Each gate is composed of a city wall, a gate, and gate towers, with a total construction area of 3,300 square meters (35,500 square feet).

The other condemned project is located in Hancheng, a county-level city in the east of Shaanxi Province. It lies on the western shore of the Yellow River.

This project is also located at the entrance of the city, near the Xi’an-Yumenkou Highway. The authorities chose a main theme: the ancient Chinese legend of a carp that crossed a gate and became a dragon.

The installation included a large rock garden, waterfalls, artificial rivers, and a lighting system, costing a total of 190 million yuan (about $28 million). The rock garden itself cost about 2,000 yuan per square meter to build.

Local newspaper Hancheng Daily previously praised the project on its WeChat social media account. The social media post described how the huge rock garden and waterfalls symbolized the “dragon gate” and the carp leaping across the gate.

Gansu and Shaanxi are among the poorest regions of China, and are targeted for the central authorities’ poverty relief programs.

Netizens who learned about the authorities’ exorbitant spending were outraged.

“Taxpayers’ hard-earned money! This situation is common throughout the country,” one wrote.

“[Officials] just use government money for their own political achievements. Do you all still have any conscience?” another asked.

“These are in actuality corruption projects,” one netizen suspected.

Gansu Province is, in fact, no stranger to corruption.

In April 2018, China’s state broadcaster revealed that Gansu authorities skimped on a highway construction project meant to connect an impoverished county with nearby towns. The local authorities had misused poverty-relief funds disbursed by the central government.

Li Xinru and Annie Wu contributed to this report.