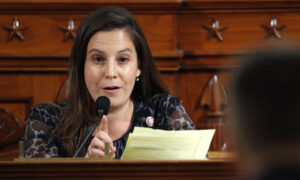 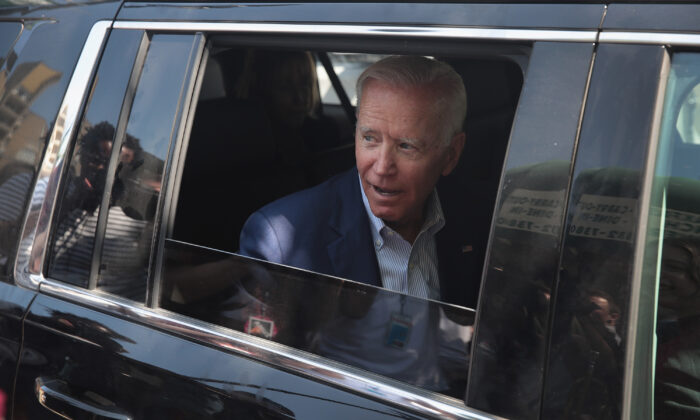 As each attempt to impeach President Donald Trump fails, something new is pulled from what seems like a bottomless bag of dirty tricks that would make any corrupt politician proud.

Once the Mueller investigation turned out to be a complete failure for the Democrats, a phone call with the Ukrainian president was next used to try to tarnish the president. Initially, Trump was accused of demanding a quid pro quo targeting the candidacy of a political opponent, former Vice President Joe Biden.

When that failed after everyone had read the transcript of the conversation, the president was accused of a nebulous combination of bribery and corruption, somehow based on the same phone conversation.

New to this process is that the alleged identity of the whistleblower has been widely discussed by everyone other than the leftist mainstream media and Congress—though that identity hasn’t been confirmed. Initially, the head of the House Intelligence Committee, Rep. Adam Schiff (D-Calif.), insisted that the whistleblower testify publicly before his committee.

Based on the actual facts and testimony presented by the Democrats over a three-day period, Trump did nothing other than try to track down corruption. The real question that remains is, did Joe Biden or Hunter Biden do anything that should legitimately be investigated?

Joe Biden’s son has received hundreds of thousands of dollars from Burisma. There’s not been a single credible theory that explains why the Ukrainian energy company Burisma would pay so much money to Hunter Biden, other than his father forcing the firing of Ukrainian prosecutor Viktor Shokin, who was investigating Burisma for alleged corruption.

In a Nov. 15 article, USA Today tried to explain away this underlying problem by saying that it’s fairly common for Ukrainian companies to hire high-profile people, and to prove the point noted that Joseph Cofer Black was hired to the board of Burisma in 2017. This is an interesting comparison that actually makes the Bidens look even more guilty.

Energy companies are always a prime target of terrorist attacks, and the hiring of Black, a former CIA counterterrorism chief, makes perfect sense and provides real value to the energy company. Hiring an almost completely unknown (at the time) recovering drug addict with no experience of any discernible value by an energy company does not.

This comparison is so lopsided and awful, it makes you wonder if the article was written to inform or to cover up the fact that Hunter Biden had no value as a board member outside of what his father could do for Burisma as vice president of the United States.

The Democrats have repeatedly claimed that any suggestion of wrongdoing on the part of the Bidens has been debunked. Never do they mention exactly who, when, or where it was debunked.

Vastly underreported is the fact that Biden did more than just get Shokin fired; he also insisted Shokin be replaced with Yuri Lutsenko. Lutsenko is the very same person who stated publicly that there’s no evidence Hunter Biden did anything wrong and is the source of the “debunked” claim.

For the record, in CIA parlance back in the old days, this is what we called “circular reporting,” and most people find that highly suspicious at best. Democrats have suggested that additional proof of Biden’s innocence is that Shokin was blocking an investigation into Burisma, and that’s one of the reasons Biden got him fired.

So, Democrats would have us believe that Joe Biden forced Shokin’s firing because Shokin refused to investigate the company paying Hunter Biden hundreds of thousands of dollars. Further that, Shokin was replaced by Lutsenko, who would go forward with the Burisma investigation, but who instead publicly cleared the Bidens of any wrongdoing.

The alleged whistleblower plays directly into this possible corruption by the Bidens, because if the person reportedly was closely intertwined with Biden’s involvement in Ukraine, it would be likely that the whistleblower was familiar with the details of Hunter Biden’s sweetheart deal with Burisma.

That raises the additional question about whether the whistleblower might have a motive for trying to damage Trump and drawing attention away from the Bidens, while at the same time seeking to stay out of the limelight.

There’s a very real possibility that the corruption is entirely on the part of the Democratic Party to cover up its coordination with the previous left-leaning Ukrainian government in an attempt to target and damage the Republican Party and their candidate for president.

There’s solid evidence that this coordination continues, in the form of the so-called whistleblower, various witnesses from the U.S. State Department, and Schiff.

With all the investigations underway, there’s a good chance the truth will come out in the very near future. What if that truth shows Schiff and the others did indeed coordinate in an effort to unseat a legally elected president of the United States? That could be considered seditious conspiracy and advocating the overthrow of the U.S. government.

It’s time to appoint a special prosecutor to get to the bottom of this stink bomb.