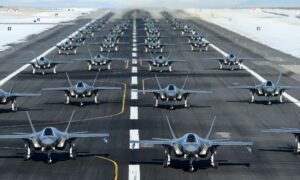 Federal immigration agents visited the farm that employed the illegal alien accused of killing Iowa college student Mollie Tibbetts after spotting her jogging while driving around.

Officials with the Immigration and Customs Enforcement and the Department of Homeland Security visited Yarrabee Farms in Brooklyn on Sept. 6.

Agents met with the owners of the dairy farm and also questioned employees.

Yarrabee said in a statement that it’s cooperating with federal, state, and local authorities but provided no other details.

Mitch Mortvedt, assistant director of the Iowa Division of Criminal Investigation, said one or two of his agents went to the farm but that it was ultimately a federal issue.

Cristhian Rivera, 24, was arrested after admitting to investigators he spotted Tibbetts jogging on July 18 and started jogging behind her then alongside her after pulling over and exiting a vehicle he was driving.

“Rivera said he then panicked and got mad and that he then ‘blocked’ his ‘memory’ which is what he does when he gets very upset,” investigators stated. Next thing he knew, he was back in his car and Tibbett’s body was in his trunk. He dumped her body in a remote cornfield.

A co-worker at Yarrabee said Rivera acted normal during the widespread, weeks-long search for Tibbetts.

Rivera worked for Yarrabee for four years, the owners of the farm have said, and passed through vetting with documents that had a different name on them.

Law enforcement officials and the farm owners have declined to make the alias public but sources told The Associated Press that the alias was “John Budd.”

Yarrabee declined to confirm or deny Rivera’s work identity but Lori Chesser, an immigration employment lawyer advising the farm, said that companies cannot discriminate against workers based on how they look or how their names sound.

The farm followed legal requirements to examine the documents and determined “that they appeared genuine on their face and related to the person presenting them,” Chesser said. “Questioning a name or other characteristic would violate the anti-discrimination provisions of the law.”