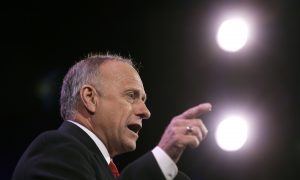 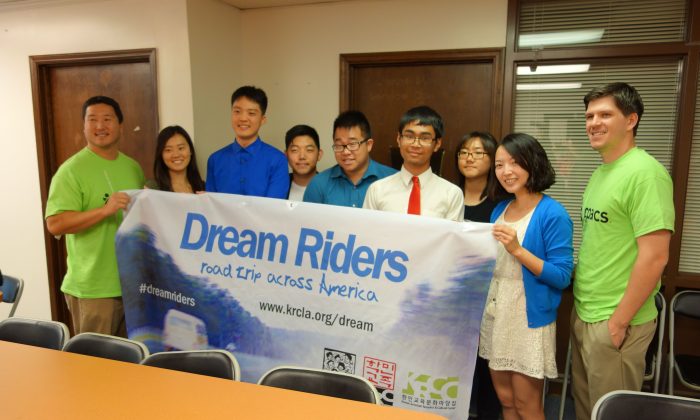 Before: Dream Riders pose with supporters at a forum at the Korean American Association of Greater Atlanta. They were on a road trip to advocate for immigration reform. (Mary Silver/Epoch Times)
US

Immigrants Shouldn’t Panic Since Nothing Is Set in Stone, Yet

Hanen ruled that the president’s executive actions would be too financially onerous for the states, adding that the government’s failure to secure the border had exacerbated illegal immigration in the countries.

An expanded program to shield people who came to America as children from being deported would have started Wednesday, and in May, parents of U.S. citizens or permanent residents would have gotten similar protections. The program would have applied to an estimated 5 million of the 11 million people who are in the United States illegally.

The Department of Justice is expected to appeal, and it is possible that a judge will overrule the block before the appeal is heard, though it may have to find its way through the courts, over a period of months.

The Center for American Progress Vice President of Immigration Policy Marshall Fitz said the executive orders were necessary because Congress has been “paralyzed for more than a decade” and unable to agree on immigration reform, which the president has said was the reason he acted on his own. Even as he issued his most recent executive action order Obama challenged Congress to pass immigration reform laws, at which point he would drop his order.

The president’s unilateral programs have come under “a withering legislative attack” from the new Republican majority in Congress, but each time Democrats and the president have demonstrated that they will block legislative changes, said Fitz.

Knowing that, opponents of executive action turned to the courts. “Make no mistake, this is a partisan attack thinly veiled as a lawsuit,” he said.

Fitz said Hanen made a “deeply flawed ruling” that will delay implementation of “these commonsense measures.” He considers the lawsuit to be a temporary barrier. He wants potential DACA applicants to wait and not be discouraged.

Frank Sharry, founder and executive director of immigration reform group America’s Voice, said “every president since Ike Eisenhower in the 1950s has used executive orders in this way.” His progressive group advocates for immigrants and for immigration policy reform.

Obama’s DACA orders and the recent blocked expansion mark a sea change in immigration policy, said Sharry. He thinks it will be unstoppable.

Hanen and the immigration reform advocates did find one way to agree. The judge wrote in a memorandum that if the new deferrals were enacted, “The genie would be impossible to put back into the bottle.”

Fitz echoed the judge’s thought, but to him it was a good thing. He said, “In my 30 years of working on immigration I have never seen a temporary program taken away.”

The immigration experts spoke at a press call hosted by New America Media.