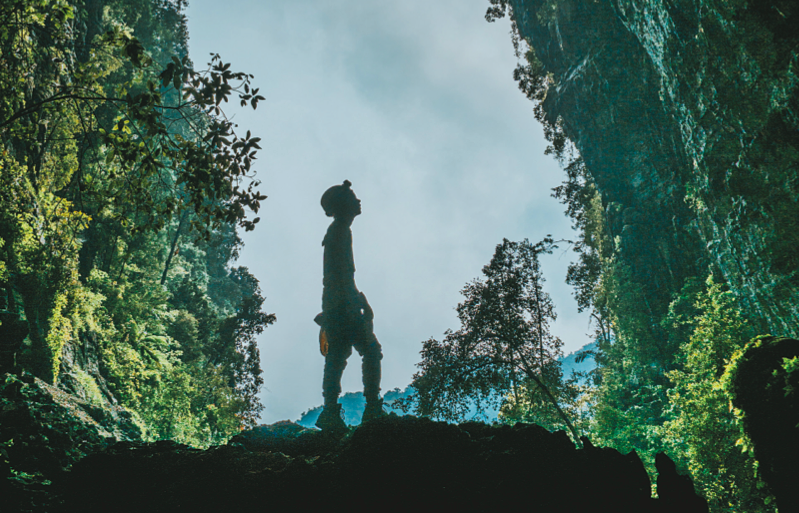 Aristotle, who separates imagination from mind and perception, identifies it as “that in virtue of which an image occurs in us.” (LE TAN/UNSPLASH)
The Case for an Education Based on Virtues

Imagination Is Key to Morality

“The moral sense, or conscience, is as much a part of man as his leg or arm. It is given to all human beings in a stronger or weaker degree, as force of members is given them in a greater or less degree.”
—Thomas Jefferson, in a letter to Peter Carr, on Aug. 10, 1787

At first glance, imagination might seem to have nothing to do with morals. We are more likely to associate it with creative or artistic endeavors, daydreaming, children playing make-believe, or even being out of touch with reality. But more fundamentally, it is the ability to create an image in our mind’s eye.

Aristotle, who separates imagination from mind and perception, identifies it as “that in virtue of which an image occurs in us.”

At first, this may seem mundane, but it’s a fundamental piece of human cognition. Jim Davies, a professor at the Institute of Cognitive Science at Carleton University in Ottawa, writes: “Imagination is quite possibly a uniquely human ability. In essence, it allows us to explore ideas of things that are not in our present environment, or perhaps not even real. For example, one can imagine the cup of coffee seen the day before, or one can imagine an alien spaceship arriving in earth’s orbit.

“The key is that what is imagined is generated from within, rather than perceived based on input from without.”

So how does imagination relate to morality?

According to Aristotle, our imaginations “motivate and guide action.”

For example, on the physical level, Olympic athletes who employ imagery in their training see very tangible improvement in their performance.

In terms of moral choices, our imaginations are also our guides.

In “Books That Build Character,” William Kilpatrick and Gregory and Suzanne M. Wolfe write: “Imagination is one of the keys to virtue. It’s not enough to know what’s right. It’s also necessary to desire to do right. Desire, in turn is directed to a large extent by imagination.

“In theory, reason should guide our moral choices, but in practice, it is imagination much more than reason that calls the shots. Too often our reason obediently submits to what our imagination has already decided.”

So how do we educate the imagination on how to make the right choice?

Plato said exposing children to the right kinds of stories, music, and art will help a child “fall in love with virtue and hate vice.”

It is very important that parents and teachers be good moral examples, child therapist Henning Köhler writes in his book “Working With Anxious, Nervous, and Depressed Children.” This is especially true for very young children who cannot yet understand stories and art.

“Witnessing goodness, experienced as love in the deeds and words and behavior patterns of others, something in a child responds with deep satisfaction, and that this response, still quite undefined as to content, is a little ‘educated,’” Köhler writes.

For older children, stories become very important sources of moral education as they can expose children to a wider scope of heroes and virtues.

Köhler writes: “Just notice the shining eyes of children listening to a telling of the legend of Good Roland, or of St. Nicholas, or to stories in which ‘the good person’ rises to heroic stature. Observe the pride and delight with which elementary school pupils react to accounts of ‘good deeds’ done by their parents. Parental misdeeds call forth no such reactions.”

Kilpatrick and the Wolfes give four reasons stories are important for moral growth:

“First, because stories can create an emotional attachment to goodness, a desire to do the right thing.

“Second, because stories provide a wealth of good examples—the kind of examples that are often missing from a child’s day-to-day environment.

“Third, because stories familiarize youngsters with the codes of conduct they need to know.

“Finally, because stories help to make sense out of life, help us to cast our own lives as stories. And unless this sense of meaning is acquired at an early age and reinforced as we grow older, there simply is no moral growth.”

According to the authors, books win hands down over television as moral guides for three reasons.

First and foremost, the content of movies and TV shows often lacks moral substance worth imitating.

“Increasingly, television serves up meaningless conflicts that are, more often than not, resolved by violence,” the authors write.

“Precisely because we are outside the action, scenes of violence can’t hurt us; they can only provide us with a diminishing number of emotional jolts. The same syndrome affects the depiction of romantic love and sexuality. In the absence of real, believable relationships on the screen, sex becomes the only means by which characters come together.”

In addition, TV gives us ready-made images that do not require us to use our imagination.

“Television as a medium does little or nothing to extend the imagination,” they write. “Instead of drawing us inside the story in the manner of a book, television forces us to remain spectators outside the action.”

Children will often repeat what they see and hear on TV, but these are more hypnotic than instructional. Research into brain development shows that TV viewing in the early years of life changes how the brain develops and can make it harder for children to develop memory and abstract thinking—i.e., imagination.

“More and more, the songs, stories, and images that play in the minds of young people are the ones that are put there by the entertainment industry. If you have any doubts about the power of images, take a few minutes to observe the mesmerizing effect that TV and MTV have on youngsters,” they write.

Köhler says: “Turn off the TV. It is one of the worst enemies of wholesome imitation.”

He explains that imitation is important because it is the first stage of developing the will and is in and of itself an imaginative and creative process. This is because, in order to imitate, children transform what they encounter in the world around them, first taking in external stimuli via their sense organs, then recreating it through their actions.

For children who can’t concentrate, Köhler recommends imitative games as a therapeutic tool: “I can assure you from many years’ experience as a remedial worker and medical-educational consultant that there is a striking connection between restlessness and poor concentration in children who, for whatever reason, have done too little imitation in their first four or five years.

“Therapy in the cases of these jumpy, nervous children consists of exposing them to an intensive makeup course in imitation that includes pantomime, recitation, rhythmic activities, copying all sorts of sounds and the like. … That way, you gradually smooth his path to the deeper creative playing needed in developing concentration and in carrying out his school responsibilities.”

How to Set the Stage for Imagination

So besides turning off the TV, how can parents and educators help children build their imaginations? The following are a few suggestions:

1. Educators can research the practices of Waldorf education, an internationally recognized pedagogy that puts imagination at the center of learning. The pedagogy stems from the sometimes esoteric insights of Austrian philosopher Rudolf Steiner (1861–1925).

Not everyone may be prepared to delve into the Christian-based “spiritual science” that underlies Waldorf teachings; however, the lessons are not overtly religious and the teaching techniques themselves have been adapted to many charter schools.

For parents, understanding child moral and psychological development, whether through a conventional or Waldorf perspective, can help you understand how your child’s perception of the world is fundamentally different from your adult view.

This, along with an understanding of your child’s temperament, can save a lot of heartaches and headaches, as it will help you create age- and personality-appropriate expectations and distinguish what might be part of a normal phase versus what might be a concern.

2. Create a clean, uncluttered space where children can play. Simple, natural materials leave a lot of room for imagination to develop. Make sure children have enough downtime to use their imaginations.

3. Expose children to goodness through stories. As mentioned above, elementary school children will appreciate stories about parental good deeds. Waldorf’s early childhood curricula include many fairy tales, and elementary school students learn stories of saints and heroes in history who might inspire them.

4. Expose your children to beauty through music and art, as Plato suggested. Beauty is, of course, somewhat in the eye of the beholder, but Plato gives the guideline that good music is that which gives pleasure to persons both good and highly educated. For young children, lullabies are a good place to start.

5. And last but not least, try to lead by example. Children love and emulate their parents, and seeing you strive to do right will inspire them.