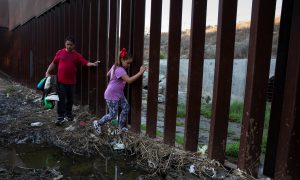 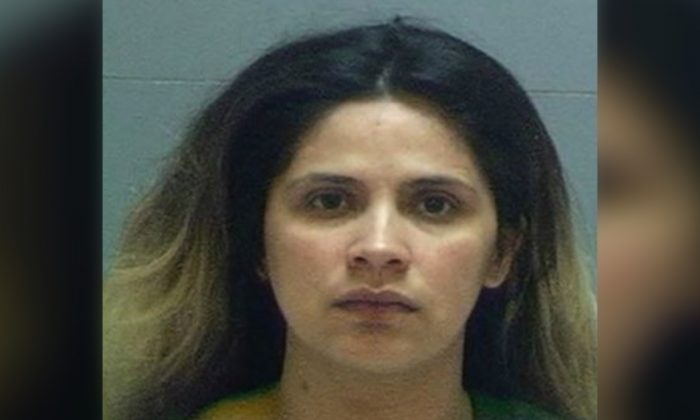 Reyna Elizabeth Flores-Rosales, 31, was arrested and charged with the murder of her 6-year-old son on March 7, 2019. (Salt Lake County Jail)
US News

Illegal Immigrant Mother, 31, Charged With Murder in Death of Her 6-Year-Old Son

A 31-year-old Utah mother was arrested and charged with the murder of her 6-year-old son, who was found unresponsive in the family’s home on Feb. 25.

The child was rushed to the hospital but died two days later.

Detectives probing the case found enough evidence to lead to the arrest and charging of Reyna Elizabeth Flores-Rosales.

Court documents obtained by the Salt Lake Tribune stated the boy died because of a blow to the side of his head that caused his brain to bleed and swell. The swelling displaced his brain and killed him.

Doctors also found a slew of other injuries, including burns on the boy’s buttocks, scars, and bruises.

He had “several old scars, numerous additional burns on the extremities, bruises and swelling on the forehead and head, linear scars in a horizontal pattern on his neck, open sores and bleeding from (the boy’s) nostrils, and scars and open sores on his hands and feet,” according to charging documents, reported KSL-TV.

“There is not an accidental explanation for all of the above injuries,” a doctor told police, according to the Tribune.

“A CT scan was performed and significant head trauma was revealed,” the Sandy Police Department said in a statement. Doctors at Primary Children’s confirmed that the injuries to the head “were caused by a person in one single event,” and ruled out an accident as a possible cause. “They compared the damage and the bleeding on the brain to what is seen in shaken baby syndrome.”

“These are the cases that every officer dreads—that every paramedic and firefighter dreads,” Sandy Police Sgt. Jason Nielsen told KSL. “Unfortunately, we see them. It takes time for the paramedics, the officers and the firefighters to deal with these types of things.”

Flores-Rosales was previously investigated for suspected child abuse. She was also convicted in 2015 of felony drug distribution, resulting in probation.

According to a former neighbor of the family, screams, and yells could regularly be heard coming from the home. He told police that he moved away from the neighborhood because he was sick of the noises, reported Fox 13.

Flores-Rosales was arrested on Feb. 26 and was charged with murder on March 7. She’s also facing aggravated sexual abuse of a child and child abuse.

Federal immigration authorities have placed an immigration hold on Floras-Rosales, a Honduran national, indicating that she is in the country illegally.

A warrant was issued previously for Flores-Rosales to be released to immigration officials for deportation but the warrant was recalled in September 2018.

If she is cleared of the charges, or if she is sentenced but ultimately released after time served, immigration authorities would deport her.

“Child abuse is one of the nation’s most serious concerns,” the authors wrote in the introduction. About 17 percent of those reports were substantiated; the department said that there were an estimated 676,000 victims of child abuse and neglect, or 9.1 victims per 1,000 children.