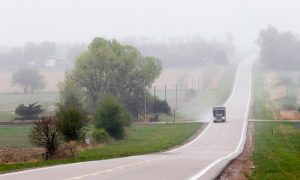 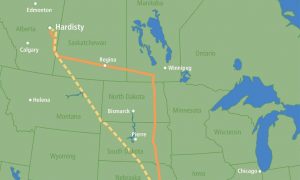 How Does the Leaky Yellowstone River Pipeline Size up with Keystone XL?
0 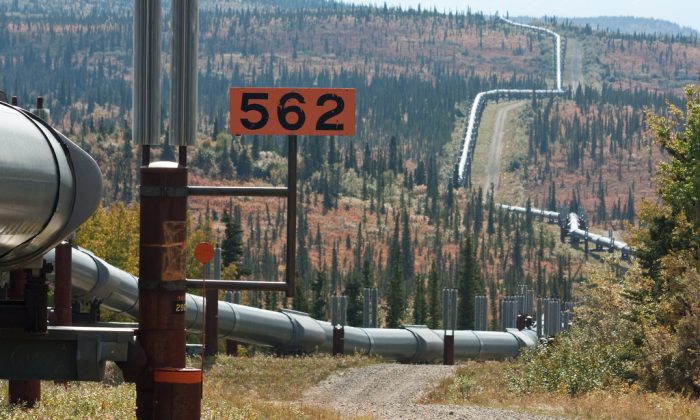 If the US Had Price on Carbon, Would Keystone XL Have Made Sense?

In announcing the State Department’s decision to reject the permit application for the proposed Keystone XL pipeline, President Obama focused on how this decision fits into the broader context of international negotiations on climate change.

With this decision made, it is useful to step back from the hyperbole that characterized the debate and look at the KXL decision from the perspective of environmental economics.

One way to do that is to factor in the cost of carbon emissions to society. If the U.S. and Canada had a price for carbon, how would it have affected the pipeline project and other decisions like it? As a member of the President’s Council of Economic Advisers in 2013 and 2014, it’s something I’ve thought about.

The starting point of environmental economics is that pollution creates negative externalities—that is, polluting imposes harm on others in a way not reflected in its price.

The textbook approach to address this problem is to “internalize” the externality by adjusting the price of the polluting activity to reflect the monetary value of that externality. In theory, the polluter is discouraged from polluting because those external costs are now figured into its operations.

In the case of climate change, this approach entails placing a price on greenhouse gas emissions. With a carbon price, some fossil fuels would continue to be extracted because it would still be cost-effective to do so: the market would decide efficiently which energy sources to use, where energy can be saved through energy efficiency improvements, and which fossil fuels to leave in the ground. That is why economists across the political spectrum support an efficient market-based solution that would impose an economy-wide price on carbon dioxide emissions.

Although the United States does not have an economy-wide carbon price, this “first-best”—or the most economically efficient—solution provides a useful framework for climate policy decisions.

To this end, the Office of Management and Budget has adopted an estimate of the externality cost imposed by an additional ton of CO2 emissions on current and future generations when analyzing the costs and benefits of proposed regulations. Called the social cost of carbon (SCC), it is currently estimated to be in the range of $12-$120 per metric ton of CO2, with a central estimate of $40 per ton.

The SCC is a starting point for estimating the carbon price that would apply in an economy-wide carbon price mechanism, such as a carbon tax.

Because different fossil fuels have different CO2 intensities—that is, produce differing amounts of CO2 per unit of energy produced—the externality value varies across fuels and so does the carbon price that would apply.

Coal is more carbon-intensive than oil, and oil more so than natural gas, so the carbon price per unit of energy would be highest for coal, next for oil, and lowest for natural gas.

Within oil, some crudes are more energy-intensive to extract and to process and thus have larger “well-to-wheel” carbon emissions. The oil that would have flowed through the Keystone pipeline, extracted from a large sedimentary basin that includes the well-known oil sands of Alberta, has a higher carbon footprint than other, lighter crude.

The carbon surcharge, in other words, would vary across types of oil if there was an economy-wide carbon price, with more energy-intensive oils paying a higher tax.

Said differently, a barrel of oil sands oil would face a market disadvantage of $1-$11, compared with average U.S. crude, simply because of its higher well-to-wheel carbon footprint.

But transporting oil from western Canada by pipeline is less expensive than shipping by rail, which requires specialized cars and/or specialized handling because of the very high viscosity of oil sands oil. So how does a carbon price affect this factor?

The State Department’s Final Environmental Impact Statement estimates that it costs between $3 to $9 per barrel more to transport by rail than by pipeline. This cost in the same range of a carbon surcharge for crude from western Alberta ($1-$11 per barrel) were the United States and Canada to have an economy-wide carbon price valued at the SCC.

But what shape does a carbon price take? The first-best way to impose a “carbon adder” is through an economy-wide explicit price. A second-best way is to increase the cost of delivering oil to market by the same amount—something accomplished by denying the pipeline application.

This analysis has focused on the climate costs and benefits, but as with all decisions, there are other costs and benefits to be considered. In the case of Keystone, these include the safety of rail versus pipeline transport, local environmental effects, and America’s position in international climate negotiations.

But this one consideration—the damages associated with the additional carbon emissions of oil sands oil—is effectively accomplished by denying the pipeline application.

Some commentators on the Keystone decision have noted that, at sub-$50 oil, the prospects for new oil sands development are slim, pipeline or not.

But as the past eighteen months (and indeed the past ten years) have taught us, oil prices can have large and persistent swings, and oil prices could well rise into the $60-$80 range that would justify development of so-called unconventional oil sources, such as the oil sands in Canada.

Yet now that the pipeline application has been denied, the additional cost of transporting oil by rail costs would come into play. In the plausible scenario of $60-$80 oil, this added transportation cost differential would mean that less oil sands resources would be developed.

James H. Stock is a professor of political economy at Harvard University. This article was previously published on TheConversation.com