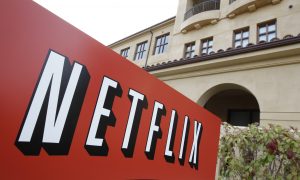 If Netflix Expands Into China, China’s Censors May Have Sway Over What We Watch

Netflix is looking to crack into the mainland Chinese online video market, according to recent business news reports.

If Netflix expands into China it would give the company approved access to what is emerging as one of the world’s largest online video markets.

The move raises questions about the potential for self-censorship already evident in Hollywood film studios.

Netflix is already popular in China, but users access it through proxy servers and other technologies that let them bypass the Great Firewall that censors the Chinese Internet. “House of Cards” can be watched legally there, but plays through Sohu, a Chinese online video platform.

The Chinese regime puts strict limits on foreign content entering the country, including not only what foreign films can screen there, but how many—34 a year.

Citing unnamed sources familiar with deals Netflix is working on, Bloomberg reports the streaming giant is in talks with Wasu Media Holdings Co., one of the first companies in China to get an Internet TV license.

Wasu is backed by Alibaba founder Jack Ma and operates TV and broadband networks in Alibaba’s base of Hangzhou.

Gaining entry to China could be a boon to the online video company and shares soared on the prospect.

China has more than doubled the broadband Internet subscriptions (175 million) the United States (88 million) has and the online video market grew by 75 percent from 2013 to 2014, according to figures from Shanghai-based Internet consultant iResearch. The firm estimates the Chinese market is worth $5.9 billion and will be worth closer to 90 billion yuan ($14.7 billion) by 2018.

It’s a market that content producers are hungry to access. For Hollywood that has translated into a trend of self-censorship—a trend now well familiar to Hollywood observers.

“American filmmakers now insert China-friendly scenes into movies in an attempt to get their films exhibited in China, and they likewise avoid casting China as a villain,” noted The Economist last year.

Writing for The Washington Times, James Frazier reported that as Chinese market clout grows, so does its involvement in movie production, deepening its influence on American film production.

“Red Dawn,” a remake of the 1984 film of a Chinese and Russian invasion of America was reworked to be about a North Korean invasion after the studio demanded a rewrite to take China out.

Paramount Pictures edited the script for zombie apocalypse film “World War Z” to delete a reference to China as the origin of the zombie virus in hopes of getting the film approved for theatrical release there.

Other films have lost out on access to China by presenting the regime in a negative light, such as the Batman film, “The Dark Knight.”

Studios can get around the quota system through co-production with Chinese partners and many major studios have built relationships with Chinese film studios for that purpose.

That trend looks well established as the Chinese market starts to claim the biggest box office numbers in the world. “Furious 7” took home a bigger haul in China than its home market, and the “Avengers: Age of Ultron” just had a monster weekday opening of $33.9 million in China, one of the largest weekday openings of any movie anywhere ever.

But raking in the millions is harder for Internet companies with their unpredictable content.

If Netflix does gain entry to China it would be the first major Internet company to do so. YouTube, Facebook, and Twitter remain blocked and Google exited China in 2010 due to censorship and hacking.

One advantage Netflix has is that it releases entire seasons at once, giving Chinese censors an opportunity to preapprove a show in its entirety.

With Netflix’s original content, the streaming service is likely to go the route of studios and make sure any offending content is removed at the script-writing stage.

The company’s entry into China has been talked about for some time, though hasn’t looked likely until recently.

Netflix’s chief content officer Ted Sarandos had said in March during a press conference in Shanghai, that the company was looking to gain entry into the Chinese market without the help of a Chinese partner.

It was an unlikely proposition.

The Chinese regime normally forces major companies looking to access China’s market to form joint ventures with Chinese partners and share their know-how with those firms. Restrictions are tighter on media and Internet companies.

Sarados claimed on Wednesday, however, that his Shanghai comments were mistranslated. According to the Los Angeles Times, Sarados told an investor conference in New York that the company was looking at all different models, including partnerships, and he was misquoted before.

He also said the Chinese market wasn’t critical to their overall business strategy.

“There’s not much marginal cost to not being in China. It’s not urgent, it’s not an on-fire issue, but as we try to be more global, we want to be part of China too,” Sarandos said, according to the Times.

But if Sarados was tepid about the importance of China Wednesday, he seemed less so during a Q&A on Friday in France at the Cannes Palais. His comments there come in tandem with the Bloomberg report.

“China is too big to have an asterisk next to it,” Sarandos said in Cannes, the audience largely filled with film producers, buyers, and executives.

He acknowledged the challenges there and the changes Netflix would likely need to make.

“We don’t have any operating partners anywhere else in the world, so that would be a new skill for us too,” Sarandos said.

“We’ve not acquired companies, we’ve not worked with partners before in any of our territories, but if that’s the cost of doing business in China we will figure that out,” he said.

Netflix has partnered with IMAX to make the film, IMAX has been particularly successful in China. IMAX has said it is hopeful the film will screen in China.

While the eventual shape of Netflix’s China business remains to be seen, it’s guaranteed the company will face the same content restrictions applied to all Chinese film and television producers there, including tight censorship.

Netflix has ramped up its global expansion plans, hoping to grow from the 50 countries it is in now to 200 countries by 2017.

According to Bloomberg, Netflix is looking for a partner with licenses on all devices, including phones, set-top boxes, and computers. The Wall Street Journal reports that BestTV is another potential partner, though talks with Wasu and BesTV are in the early stages.

Netflix share prices have soared at talk of a China deal. Shares were $586 Thursday and were trading at $615.87 as of 2 p.m. Friday. It’s the first time Netflix has crossed the $600 threshold.