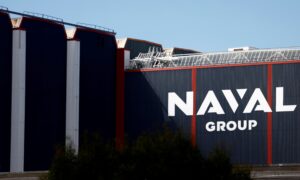 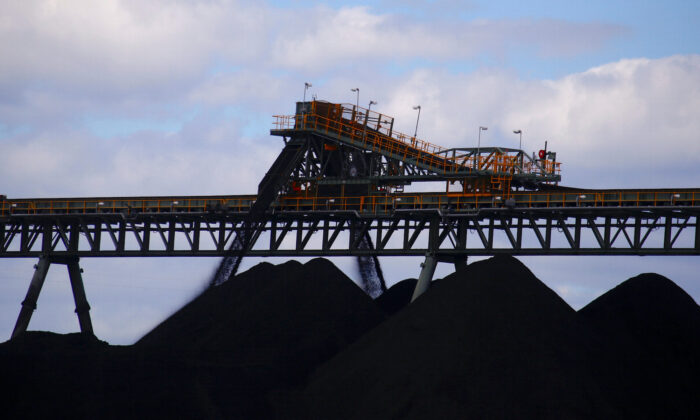 Coal is unloaded onto large piles at the Ulan Coal mines near the central New South Wales rural town of Mudgee in Australia on March 8, 2018. (David Gray/Reuters)
Economies

MELBOURNE—Global regulators, banks, and investors are making ideological rather than market-based investment decisions around coal, which will still have solid demand in the coming decades, Australia’s Resources Minister Keith Pitt told Reuters on Thursday.

Pitt’s National Party, a junior member of Prime Minister Scott Morrison’s governing coalition that represents many Australians in coal-producing districts, has refused to support a net-zero carbon emissions target by 2050 for the country, the world’s biggest coal exporter.

The National’s position has held Morrison back from committing to attend the COP26 climate conference in Glasgow next month, where global leaders will meet to set further climate goals to follow on from the landmark 2015 Paris accord.

Pitt said that record high prices for the fuel show that Australia’s second-most lucrative export should be supported and financiers and insurers that are divesting from the industry are not making decisions based on the economics.

“The [financial] market is not making a viability decision, they are making an ideological decision,” Pitt said. “If it was a decision solely based on what they think forecasts are, well, demand is up, forecasts are up.”

Pitt has proposed the government set up an A$250 billion ($180 billion) lending facility for the industry to replace the lack of private financing, in return for his party’s support of the 2050 net-zero emissions target.

The National Party will meet this weekend to decide whether to support the 2050 target, though Pitt did not say what the party plans to do.

“I want to be very clear to Australia’s banks and the world’s banks, they don’t set domestic policy in this country,” he said.

“We need to support those industries and support Australians’ economic wealth and growth and provide jobs for Australians.”

Australia expects rising coal demand out to about 2030 and then fall about 40 percent from that peak by 2050, Pitt said, based on a pipeline of new coal-fired power plants and ready demand for Australia’s high energy steelmaking coal.

About 140 gigawatts (GW) of coal plants are under construction and more than 400 GW are at various stages of planning, Pitt said, citing International Energy Agency figures.

Pitt downplayed alternative energy sources that would transition the world away from fuels for power generation such as coal.

Hydrogen markets would take decades to develop, he said, while examples of governments getting the energy transition wrong could be seen in the UK and European energy crisis where power costs were “through the roof”, showing that intermittent renewables don’t work.

In contrast to Pitt’s stance, a top central banker said on Thursday that Australia could face rising costs of capital and divestment by offshore funds if it is not seen to be doing more to address climate change.

Reserve Bank of Australia (RBA) Deputy Governor Guy Debelle noted isolated examples of divestment from Australia because of climate risk, and said that the likelihood of more significant divestment was increasing.

But Pitt said that the RBA should “stick to their knitting”.

“They should worry about what is happening in terms of potential inflation and making sure our economy stays strong and has the ability to pay Australia’s bills.”