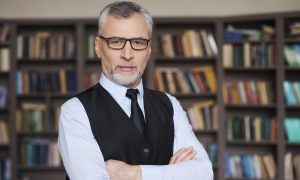 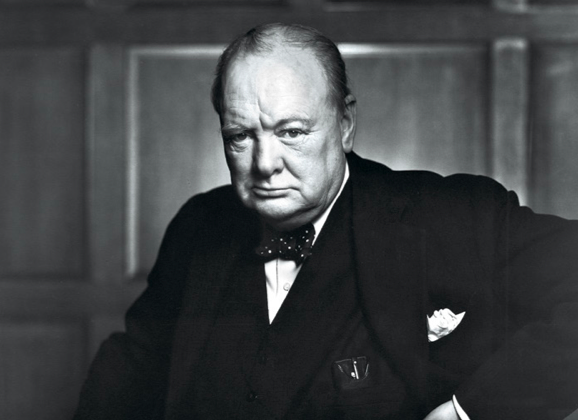 Leadership is difficult—to write about and to deliver. One leading theorist, Adrian Furnham, wrote, “The topic of leadership is one of the oldest areas of research in the social sciences, yet one of the most problematic.” Because we experience leadership all the time—in our homes, schools, social institutions, and workplaces—our over-familiarity with the subject tends to lead us to believe we know what it is, just as we think we know what education is because we attended school once upon a time.

However, there is an essential ambiguity about leadership and how it works, and even about which great leaders we should emulate. Make no mistake here: Who we admire starts to become part of our “ideal self”—that future-oriented component of our self-concept—and we start to become like that ideal role model.

Perhaps one of the most startling examples of this in history would be Alexander the Great: a leader of awesome stature, but with dreadful flaws. Who was his role model? He modeled himself on Homer’s Achilles, and saw himself as a sort of reincarnation of that demi-god warrior—fearless, ruthless, and unbeatable (at least until the god Apollo directed Paris’s arrow).

We should be concerned about this because, although Alexander is long dead, the kind of ruthlessness that he personified is alive and well: We find people today in Germany, the United States, and the UK who still see dreadful, evil human beings such Adolf Hitler as admirable (a modern-day Alexander who consciously saw himself in the tradition of world domination).

We need to insist upon, argue about, and reassert core values for what constitutes a great leader, because if we do not, then by default the fanatics and the evil ones press home their advantage.

In the UK, as I write, and in the United States, too, we are getting pressure from the politically correct left-wing elements to rewrite history and denigrate some of the best leaders our countries have ever had—all because of some alleged anachronistic attitudes or thoughts that are not “acceptable” now.

For example, in the UK there is a movement afoot that seeks to have removed the statues of Winston Churchill and Adm. Horatio Lord Nelson in London on the grounds that they were not the great leaders the British people have always thought they were, but oppressors and racists. This is quite extraordinary; both were outstanding leaders fighting the oppression of Hitler and Napoleon, respectively.

Warren Bennis, one of the great U.S. experts on leadership, wrote that “being genuine is the key factor of leadership.” Obviously, this is correct, but it is also misleading. Alexander and Hitler were both genuine, but sadly went awry, for they lacked any real moral compass. Just being genuine on its own is not enough.

Researchers James Kouzes and Barry Posner found that a team’s strongest need from its leader was a vision for the team and personal integrity in its pursuit. Personal integrity is the clue here. And talking of vision, renowned organizational change theorist Peter B. Vaill said: “Vision that is not centered in profound spirituality is nothing more than a ‘pictorial might-be’ of an organization’s future. … All true leadership is indeed spiritual leadership.”

Another way of putting this is to describe what is sometimes called “transformational” leadership. This is concerned not with “doing things right”—a sort of efficiency quotient—but rather with “doing the right things,” as articulated by the father of modern management Peter F. Drucker. But “to do the right things” is inevitably about moral and spiritual decision-making—the transformational leader wishes to improve “things,” including potentially the world, through his or her activities. And so leadership in this incarnation is a higher calling.

Thus, whatever the skills are that leaders need to exercise and become proficient in, nay outstanding at (thinking, implementing, team building, and motivating), there is at the heart of leadership a component much more important than the skills: a quality of mind, an attitude of being, a commitment of the heart that makes leadership much more intangible and invisible than any skill or behavior.

Such “leaders,” for whom profound and moral ideas never become a part of them, cannot lead others because they don’t know themselves. As management consultant Catherine McGeachy wrote, “If my inner motivation is wrong, then I will create the effects of that wrong motivation.” And, as author and entrepreneur Anthony Tjan wrote, “The best thing leaders can do to improve their effectiveness is to become more aware of what motivates them and their decision-making.”

A lack of self-knowledge is crippling, and we are left with leaders who are cheap fix-it fanatics, ego-maniacs, self-promoters, and ruthless careerists. Their effects on their families, communities, and businesses are truly ruinous.

So we go back to the beginning and ask, what is the antidote to this superficial, ineffective, and short-term type of leader? Clearly, there are no easy solutions. But, if we ask who are really the greatest leaders the world has ever seen, then the answer emerges from considering which leaders have had the biggest positive impact on the world.

The Military and the Political

Military leaders can have an inordinate impact on the world, and sometimes for the good. Usually, they have that quintessential virtue of courage that all can admire, even in a bad person.

U.S. Gen. George S. Patton is a great example of a military leader who fought evil. But who was his role model? Alexander the Great, for one. Patton believed in reincarnation and even thought he had fought with Alexander at the siege of Tyre.

Political leaders, perhaps, have been more important than military leaders in terms of the number of lives they have affected. In the past 30 years, Nelson Mandela emerged as an astonishing leader and role model to the whole world, not just South Africa.

The Greatest Type of Leader

When we consider Mother Teresa in our own times, that is an amazing and inspirational example of leadership. But when we go back to the founders, such as Jesus Christ or the Buddha, we see something else: a wellspring of spirituality and leadership that can refresh all persons, of any age, any race, and any gender, for life.

That spirituality can be the touchstone for all a person’s activities—and especially the question of integrity—wherever he or she is: at home, at work, or engaged in leisure and social pursuits. And the reason for this, not often appreciated, is because of what the religious leader comes to do.

The business leader shows us how to make money; the military leader, how to subjugate and defeat others; the political leader, how to build a country or a civilization. All are commendable in their time and circumstance, but the spiritual leader doesn’t show us anything. Instead, he or she answers the question “why?”

Instead of going on about ersatz meanings, spiritual leaders provide us with the real thing: Why are we here? Why does the universe exist? Why are my words and actions all so important? And why am I free, and thus why am I responsible?

When this “why” is played out against these leaders’ life stories and narratives, a sublime epic emerges in which we commit ourselves to them—to the good, to the “meaning,” and to our own leadership role within the struggle of the cosmos—for they are our ideal self.

James Sale is an English businessman and the creator of Motivational Maps, which operates in 14 countries. Sale has authored more than 40 books from major international publishers, including Macmillan, Pearson, and Routledge, on management, education, and poetry. As a poet, he won first prize in The Society of Classical Poets’ 2017 competition.