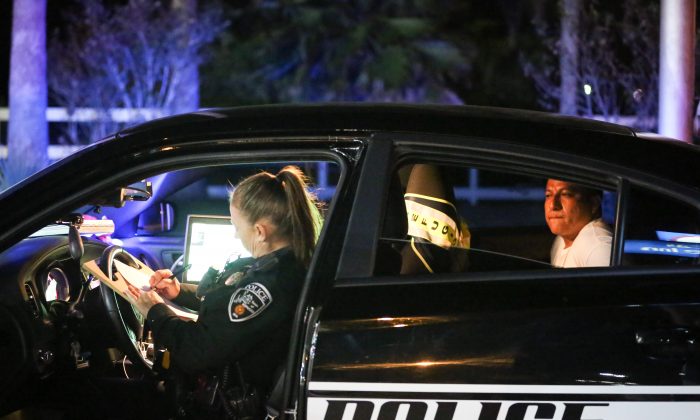 Immigration and Customs Enforcement (ICE) released its first “Declined Detainer” report on July 14, highlighting the dangers posed when sanctuary cities block efforts by ICE to remove an illegal immigrant from the country.

The report, set to be released quarterly and mandated by President Donald Trump’s 2017 executive order on “Enhancing Public Safety in the Interior of the United States,” illustrates incidents that occurred during the second quarter of fiscal year 2018.

“Because ICE is often not alerted by uncooperative jurisdictions when a detainer has been declined, and because ICE may only learn of the detainer having been declined after an alien is arrested for a subsequent offense, the cases contained in this report are examples of a broader public safety issue and are not exhaustive,” the report’s overview states.

The cooperation between ICE and law enforcement agencies are “critical to the effort to identify and arrest removable aliens and defend the nation’s security.”

“Every day, ICE places detainers on individuals who the agency has probable cause to believe are aliens who are removable from the United States and are currently in federal, state, and local law enforcement agency custody,” the report continued.

One case highlighted by the report involved a 30-year-old Mexican citizen who was arrested on Jan. 7, 2018, by the Los Angeles Police Department for possession of a controlled substance. ICE issued a detainer on the same day, but the detainer wasn’t honored and he was released.

On Feb. 26, 2018, the man was again arrested by the same police department for murder and was booked into the Los Angeles County Jail. As of the writing of the ICE report, the man remains in custody. ICE says they have since issued another detainer.

Another case detailed the story of a 41-year-old citizen of Honduras who was arrested on Jan. 31, 2018, by the San Francisco Police Department for the crimes of burglary, obstructing a public officer, and appropriating lost property.

The next day, ICE again issued a detainer, but as of the writing of the report, they said they believe the alien “has been released and remains at-large.”

The report doesn’t publish all cases involving declined detainers, according to its Q&A section. But it does include recent cases in which illegal aliens have reoffended after a detainer was declined, to “demonstrate the significant threat to public safety posed by declined detainers.”

Acting ICE Director Matt Albence told Fox News on July 14 that the report “is highlighting the dangers caused by some of these sanctuary cities policies.”

“The sad part is a lot of these law enforcement agencies want to cooperate with us. It’s the politicians and these jurisdictions that prevent them from doing so,” Albence continued. He said the National Sheriff’s Association is one of ICE’s closest allies.