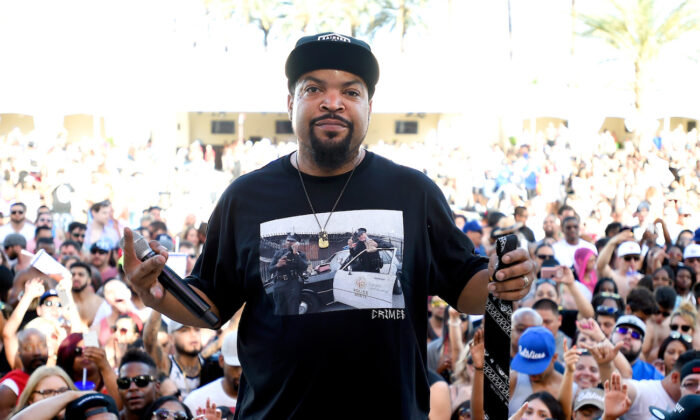 Ice Cube has claimed his ‘Friday’ costar Chris Tucker turned down $12 million to reprise his role in the sequel due to “religious reasons.”

The actor, whose real name is O’Shea Jackson, and comedian Tucker, starred in the 1995 cult comedy which proved to be an instant hit with viewers. The movie spawned two sequels: 2000’s Next Friday and 2002’s Friday After Next.

Ice Cube, who starred in and was a producer on the movies, took to Twitter on Wednesday where he responded to a fan who wrote, “I thought I heard Chris Tucker quit over money.”

“We were ready to pay Chris Tucker $10–12m to do Next Friday but he turned us down for religious reasons. He didn’t want to cuss or smoke weed on camera anymore,” Ice Cube responded.

The Epoch Times has contacted a representative for Chris Tucker for comment.

Ice Cube made the comments after he was accused of shortchanging his Friday co-stars, including Chris Tucker, by Friday actor Fazion Love who played the character Big Worm in the movie.

In a recent interview with Comedy Hype, the American actor, 53, said he turned down the sequel after being paid just $2,500 for the original film but noted that “it wasn’t about the money then.”

Ice Cube quickly took to Twitter to respond to Love’s comment, stating, “I didn’t rob no [expletive] body. The 1995 Friday movie cost $2.3m to make. Shot it in 20 days. Fazion worked 1 day, maybe 2. All the actors got paid scale to do the movie. They could’ve simple said ‘No’ but they didn’t. So miss me with that [expletive].”

Tucker, who is a Christian, revealed in an interview with All Urban Central last month that he had turned down a role in the second ‘Friday’ installment because he did not wish to use the psychoactive drug marijuana.

“And that’s one of the reasons why I said ‘nah.’ I didn’t wanna keep doing that character. It probably was good for me because it kept me moving to the next phase and next movies,” Tucker added.

In July, Senate Democrats introduced draft legislation that would legalize marijuana in the United States.

Currently, 37 states, as well as the District of Columbia, allow certain legal access to marijuana. Some only let medical users legally buy the drug, which critics have said can negatively affect a person’s health, including causing short-term memory problems. Such negative effects are particularly profound in youth.