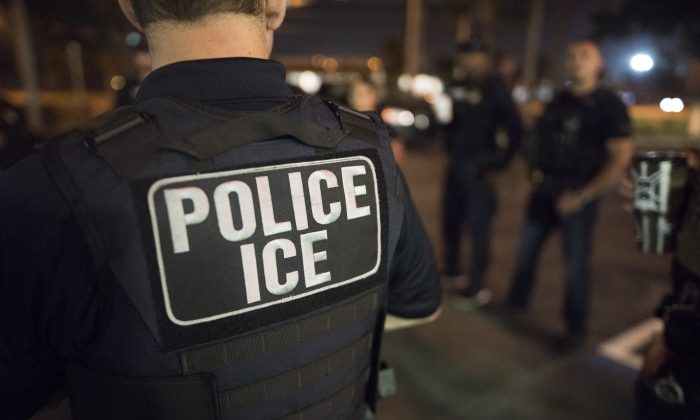 Immigration and Customs Enforcement (ICE) is reportedly filing new claims with the immigration courts to deport some young adult immigrants who have remained in the United States under the Deferred Action for Childhood Arrivals program (DACA), WGN-TV reported.

Immigrant rights advocate Jose Munoz said that young people on the program, known as “Dreamers,” arrived in the country illegally as children but that reports have surfaced in three states of DACA recipients receiving deportation case notifications.

However, the immigrant rights advocate did not provide proof to support his claims.

It comes as the Supreme Court continues to consider whether it will allow President Trump’s administration to shut down the program, which was created through an executive order by former President Barack Obama in June 2012 after failing to pass Congress.

The order was made with a sunset provision, meaning that the DACA program was never intended to provide limitless protection from deportation for those covered by the order.

Trump initially announced his administration would be phasing out the program in 2017, branding it unconstitutional because Congress never authorized it.

However, the federal courts ruled against the decision and maintained the program should be restarted in full.

In November, the president said that many of the DACA recipients were “hardened criminals” and “not angels” but promised to make a deal to allow them to stay in the United States.

“Many of the people in DACA, no longer very young, are far from ‘angels.’ Some are very tough, hardened criminals. President Obama said he had no legal right to sign the order, but would anyway. If Supreme Court remedies with overturn, a deal will be made with Dems for them to stay!’” he wrote on Twitter.

However, he promised that his administration would not just “cut DACA off but rather provide a window of opportunity for Congress to finally act.”

Some opponents of the DACA program have praised the fact that ICE is targeting dreamers, as they believe it means that Trump’s administration is expecting a favorable ruling from the high court.

“I think they think they’re going to win. And I think what they’re doing now is prepping,” James Carafano from the Conservative Heritage foundation said, according to Nexstar, adding that if the Supreme Court does rule in favor of Trump, ICE will actively work to deport Dreamers.

Since it began accepting applications in August 2012, more than 800,000 migrants have applied to join the initiative, which allows people who were illegally brought to the United States at a young age for various reasons to remain in the country for renewable two-year periods.

However, to be deemed eligible for the initiative, recipients should not have felonies or serious misdemeanors on their records. They must have arrived in the country before 2007 when they were under the age of 16.