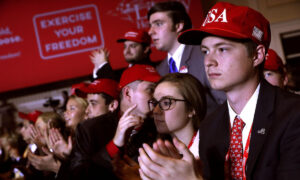 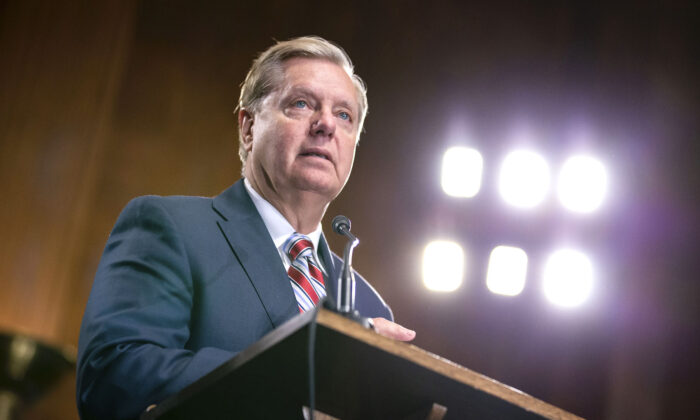 Sen. Lindsey Graham (R-S.C.) said the impeachment push from Democrats would die quickly in the Senate—countering suggestions from President Donald Trump and other Republicans for a trial to exonerate the president.

“I don’t need any witnesses at all. I am ready to go,” Graham, who is the chairman of the Senate Judiciary Committee, said Thursday on Fox News. “I don’t want to give it any legitimacy because it is a crock.”

“What I would like to see happen is for this thing to get over as soon as possible,” he said on the program. He added that he “trusted [former special counsel Robert] Mueller, who is an outside entity, to look at all things Trump and Russia. He did for two years and took no action. Every impeachment except. this one has been conducted by outside counsel.”

Graham, in the interview, again reiterated that he doesn’t have a desire to call up Vice President Joe Biden, Hunter Biden, or Secretary of State Mike Pompeo.

“We can look at the Biden affair outside of impeachment. My goal is to end this as soon as possible for the good of the country. It’s a danger to the presidency to legitimize this,” he continued, adding that he needs no witnesses.

Republicans and Trump have called on the Bidens, the anonymous whistleblower at the center of the inquiry, and Rep. Adam Schiff (D-Calif.) to testify in the Senate. Democrats have alleged that Trump withheld aid to Ukraine in exchange for investigations into the former Vice President Joe Biden and his son, who sat on the board of a Ukrainian gas company that has long been accused of corruption, which the Trump administration and Ukrainian President Volodymyr Zelensky and other Ukrainian officials have denied.

The House is expected to send articles of impeachment to the Senate before the Christmas break. The Republican-controlled Senate would start a trial in 2020.

And while the Judiciary Committee is likely to approve the articles, several Democrats in swing districts remain unsure how they will vote on impeachment, although with a 36-seat Democratic majority over Republicans in the House, passage is expected.

Public support for impeachment has largely fallen along party lines, with the most Democrats supporting it and most Republicans opposing it. Independents, meanwhile, have started to swing in Trump’s favor. Trump’s approval rating among Republicans has largely remained consistent throughout the inquiry.