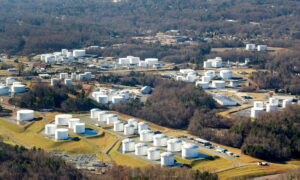 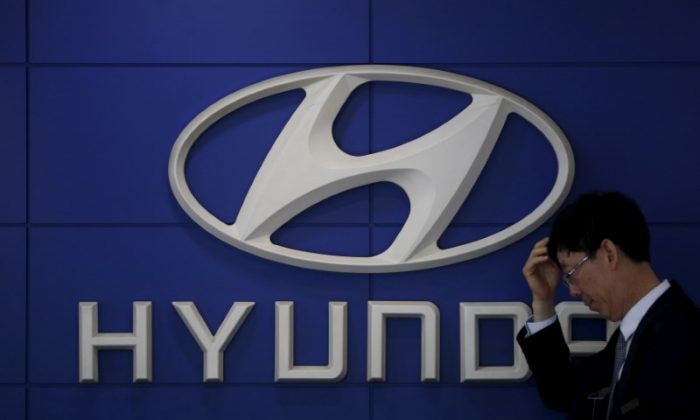 A car dealer stands in front of the logo of Hyundai Motor at its dealership in Seoul, South Korea, April 25, 2016. (REUTERS/Kim Hong-Ji/File Photo)
Companies

SEOUL/WASHINGTON—Hyundai Motor and affiliate Kia Motors are being investigated by U.S. prosecutors over whether vehicle recalls were conducted properly, a person said and documents reviewed by Reuters showed.

Shares of the South Korean firms fell on Nov. 22 on worries the probe could lead to fines and more recalls, while industry data showing a sharp drop in China’s passenger car retail sales in the first half of November spooked investors further.

Hyundai and Kia, together the world’s No.5 automaker, recalled nearly 1.7 million vehicles in 2015 and 2017 in the United States in one of their biggest recalls in the country, citing an engine failure that increases the risk of a crash.

The U.S. Attorney’s Office for the Southern District of New York (SDNY), part of the U.S. Department of Justice (DoJ), has launched a criminal investigation, the person with direct knowledge of the matter told Reuters.

It remains to be seen whether the probe will lead to charges, the person added. If criminal charges are filed, it could lead to hefty fines for the automakers.

The DoJ is coordinating with the U.S. transport regulator, National Highway Traffic Safety Administration (NHTSA), on the investigation, the person said, asking not to be identified as the matter is confidential.

“The Justice Department generally does not confirm, deny or otherwise comment on the existence or non-existence of an investigation,” she said in an emailed statement to Reuters.

The United States has previously investigated and imposed strict penalties on other automakers such as Toyota Motor and Volkswagen AG.

In 2017, a U.S. judge dismissed a criminal charge against Toyota after it completed three years of monitoring under a $1.2 billion settlement in which it admitted to misleading the public about sudden unintended acceleration in its vehicles.

The settlement comprised the largest penalty levied by the United States on an auto company until Volkswagen admitted to diesel emissions fraud and paid $4.3 billion in fines in 2017.

“Investors are concerned that the investigations may not only lead to more recall costs and fines, but also hurt their brand image and sales,” Nomura analyst Angela Hong said.

Hyundai and Kia are already grappling with weak business in their key markets—China and the United States.

Hyundai shares tumbled 5 percent to their lowest in more than nine years, while Kia shed 5 percent, in a broader market that was down 0.3 percent.

Hyundai declined to comment on China sales and the U.S. investigation.

Apart from the SDNY probe, Hyundai, and Kia are also the subject of an investigation by NHTSA into whether their recalls covered enough vehicles and were conducted in a timely manner.

“These investigations are ongoing—no final conclusions have been reached,” it added.

Hyundai and Kia have already set aside roughly 1 trillion won ($885 million) in 2017 and 2018 to cover costs mainly stemming from recalls over engine problems.

In the United States, Hyundai recalled 470,000 Sonata sedans in 2015 due to the failure of “Theta II” engines. In 2017, it expanded its U.S. recall to 572,000 Sonata and Santa Fe sport utility vehicles, citing the same engine issue, the NHTSA said.

Kia also recalled 618,160 Optima, Sorento and Sportage vehicles which use the same engine in the United States.

However, Kim Gwang-ho, a then engineer at Hyundai and a company veteran of 26 years, told NHTSA the companies should have recalled more vehicles in 2015, citing an internal report.