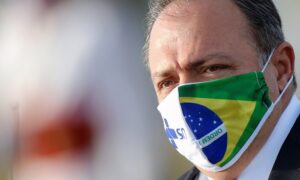 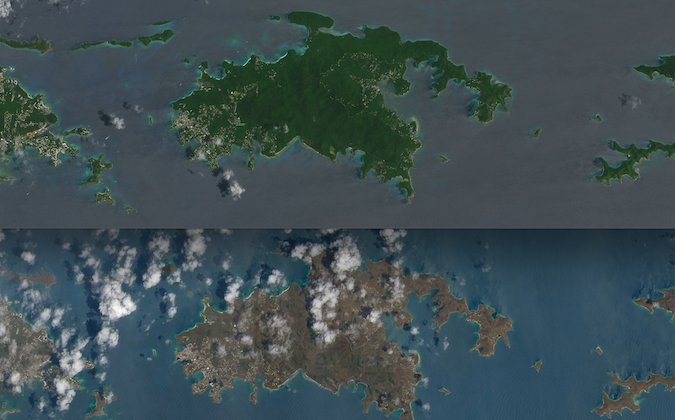 These before and after photos of St. John island reveal the dramatic loss of vegetation the island suffered due to Hurricane Irma. (Composite from NASA photos via Landsat 8 satellite)
Americas

But there is an ecological toll to these devastating storms that sometimes gets overlooked. Hurricane Irma stripped the Caribbean of an entire color, turning lush green landscapes into dreary brown.

A series of before and after photos from NASA reveal that Hurricane Irma has changed the entire landscape of many  Caribbean islands.

The photos are undoctored and natural-colored.

These U.S. and British Virgin Islands were slammed by Irma on and around Sept. 6, when Irma was at its most intense in the region.

The before pictures reveal a green landscape, capturing the lush plant life that blanketed much of these tropical islands on Aug. 25.

The after pictures, taken Sept. 10th, reveal the green landscape muted by brown and green.

“There are a number of possible reasons for this. Lush green tropical vegetation can be ripped away by a storm’s strong winds, leaving the satellite with a view of more bare ground. Also, salt spray whipped up by the hurricane can coat and desiccate leaves while they are still on the trees,” said NASA.

The photos captured by the Operational Land Imager (OLI) on the Landsat 8 satellite.

“They are among the few relatively cloud-free satellite images of the area so far,” said NASA.

The British Virgin Islands, which are more northern than the U.S. Virgin Islands, took more of Irma’s assault, though all of the islands suffered the effects of the storm.