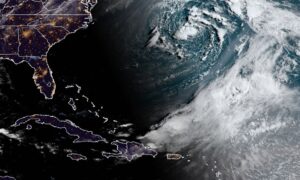 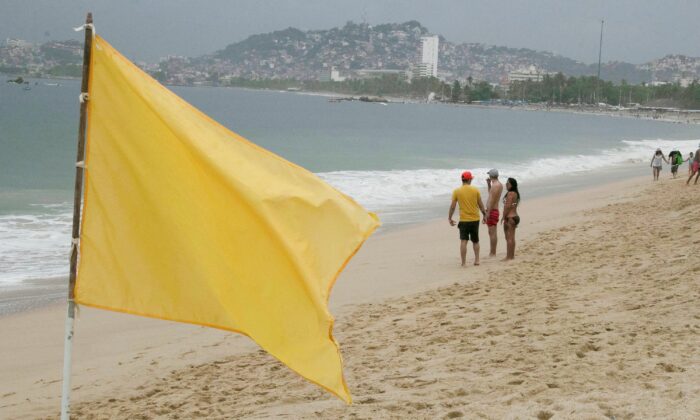 Tourists are pictured on Acapulco beach after storm Enrique became a hurricane off the coast of western Mexico, in Acapulco, Mexico, on June 26, 2021. (Javier Verdin/Reuters)
Americas

Hurricane Enrique to Weaken on Monday, Mexico at Risk of Flash Floods

Enrique, currently about 150 miles (241 km) south of Cabo Corrientes in western Jalisco state, is expected to remain parallel to the Mexican coast through the night, the NHC said in its latest report at 11 a.m. ET.

“Some slight strengthening is possible through tonight,” NHC said. “Enrique is then expected to begin weakening on Monday and continue to weaken through early this week.”

However, Enrique is still expected to produce 6 to 12 inches (15 to 30 cm) of rain through to Tuesday, and in some places as much as 18 inches (46 cm) over Colima and coastal sections of Michoacan, Jalisco and Guerrero states, NHC said.