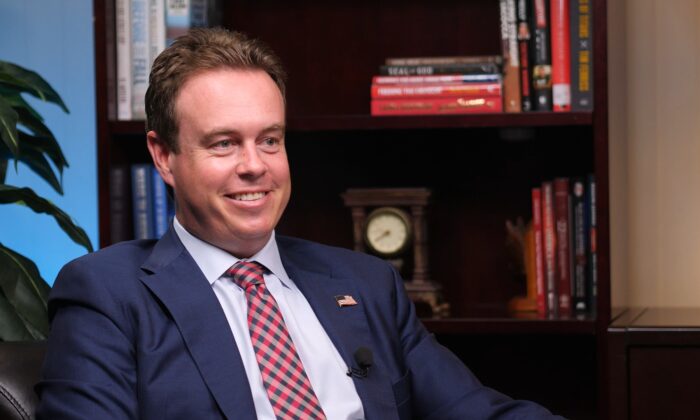 Drew Van Voorhis
Drew Van Voorhis is a California-based daily news reporter for The Epoch Times. He has been a journalist for four years, during which time he has broken several viral national news stories and has been interviewed for his work on both radio and internet shows.
View profile
Follow
and Siyamak Khorrami

The “workforce housing” created by the city of Huntington Beach will bring decades-long financial problems and drive costs of rent even higher, according to Casey McKeon, a real estate developer and former finance commissioner of the city.

Huntington Beach’s “workforce housing” is a type of government-subsidized housing initiative to artificially lower rent prices on the buildings purchased by the city through its “joint powers authority,” or JPA. As a type of agency consisting of one or more city or county governments, JPAs can exercise authority and pull resources together for a joint municipal project.

This summer, the city approved the purchase of Elan and Breakwater, two properties with 649 units combined, for $341 million in tax-free revenue bonds issued by the JPA.

Normally, municipal bonds would need to be put on the ballot for residents to vote on. In this case, the city sold bonds through its JPA, which McKeon describes as a loophole to bypass the otherwise required public agreement, because the JPA, not the city, legally owns the two properties.

As the bonds were tax-exempt, the city will lose around $500,000 a year in property tax because of the JPA’s purchase of the two properties, McKeon said while on EpochTV’s “California Insider” program.

“Essentially, what they’re doing is they’re creating government-subsidized housing on the backs of us taxpayers. As of now, we residents will not receive property tax on those two properties for the next 30 years, and we did not even get to vote on it,” McKeon said.

Property tax is the number one source of revenue in Huntington Beach, accounting for approximately 41 percent of its tax revenues, according to McKeon.

While those who move into the subsidized units will pay lower monthly rent, these types of government programs only hurt other renters, McKeon said.

“Workforce housing is not going to make all the rents come down, it’s just going to create another artificial bubble [similar to] rent control. And now a private property owner can’t compete with the rents. [The city] is going to give on the workforce housing, so that affects them negatively. Essentially, [the city] keeps putting a wedge into the market that has these like ripple effects throughout the entire residential rent market in the city,” McKeon said.

He said that in the past, when luxury housing was built in the city under the guise of “affordable housing,” the prices increased rents nearby.

Aside from market concerns regarding the purchase of Elan and Breakwater, which account for around 1 percent of the city’s housing, residents have also criticized how fast the city purchased the properties without public input, McKeon said.

“It’s a massive transaction,” he said. “They talk about it real quick at a meeting. They vote on it. They have a close study session to discuss it, and the public doesn’t get to see what’s going on.”

The acquisition was put on the city council’s agenda less than a week before the council meeting at which it was approved, and citizens didn’t have enough time to present their concerns before the deal was eventually closed, according to McKeon.

“By the time we bring it up to try to get in front of the Finance Commission—as our only citizen involved board that could even talk about this—they cancel that month’s meeting, and by the next time the Finance Commission meeting comes up, they’ve already closed on the transaction. It’s too late,” McKeon said.

Also, the escrow period was only about 35 days, McKeon said, which wouldn’t be enough time for property inspections, research, and other due diligence needed for property purchases of that magnitude.

McKeon said a much better idea would have been to give landlords a break on their property taxes and pass it on to their tenants, rather than for the government to purchase and renovate massive properties themselves.

“If this program is so great, and it does so much for the community, let us put it on the ballot. Give us time to dig into it, to research it. But they just slam it through, vote on it, close escrow within 35 days, and here we are stuck for a minimum of 15 years—the earliest we could pay to get out—but most likely 30.”