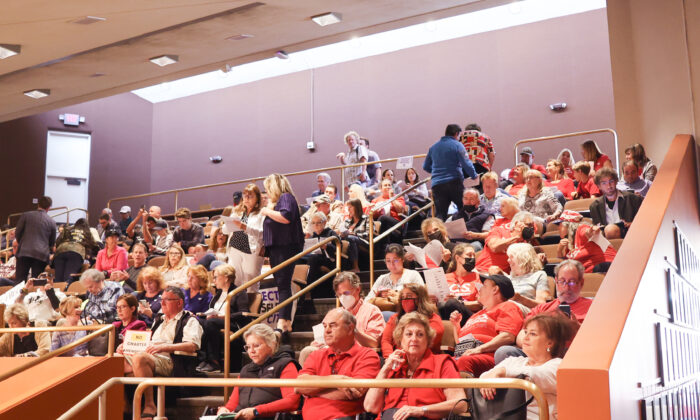 HUNTINGTON BEACH, Calif.—The city council voted 5–2 on July 5 to put on the November ballot a measure that would give the council control over all legal matters concerning the city. The change to the city charter would include the power to “contract with other attorneys if the city attorney has a conflict of interest,” according to the measure.

If the measure is approved, the city would be the “client” effectively hiring the city attorney as counsel.

The council also decided not to put on the ballot a measure to make the position, and that of city clerk, appointed by the council, instead of elected by voters. Huntington Beach is the only city in Orange County in which the city attorney is an elected position.

Current City Attorney Michael Gates first was elected in 2014 and is running this year for a third term.

Critics of the proposed change said the city’s residents themselves should retain full control over city legal matters through the elected attorney.

The council action followed a contentious series of events regarding an age discrimination lawsuit filed in 2019 against the city by two former senior deputy city attorneys—Neal Moore, then 75, who had worked for the city for 14 years, and Scott Field, then 64, a 26-year veteran. They alleged Gates forced them out because of their age so younger attorneys could be hired.

Due to the conflict of interest, Gates recused himself from the proceedings and outside legal help was hired through his office at a cost to the taxpayers of $1.5 million. A 2021 settlement paid by the city’s insurance company gave Moore $1.5 million and Field $1 million.

In 2021, newly elected Councilman Dan Kalmick asked for an independent investigation into the case that had begun before he joined the council.

Despite Gates’s objections that the city charter gave only him the authority to hire an outside counsel, the city council hired attorney Craig Steele to investigate the case and write a report.

The council then held closed meetings with Steele without Gates present. Gates contends doing so violated both the city charter and the state Ralph M. Brown Act—which requires all government meetings to be open, except in special circumstances.

Councilman Erik Peterson agreed with Gates on the open meeting violations and was the only councilor not to attend the meetings with Steele.

In an interview with The Epoch Times, Gates alleged Steele should not have been hired for other reasons involving conflicts of interest. Gates said these included Steele knowing previous City Attorney Oliver Chi and doing business with Kalmick’s family for years. Gates also said Steele failed to talk to him, employees in the City Attorney’s office, and previous councilors who worked on the case.

“Because of this, the report is unreliable and should be dismissed,” Gates said.

At the July 5 council meeting, Gates presented his own report on the matter. He said it was from an outside legal counsel he appointed. The document, Gates said, answered Kalmick’s original questions and found no issues with Gates’s handling of the case.

Gates said the report prepared by Steele went beyond answering Kalmick’s questions by suggesting the council make the amendments to the charter along the lines of the ballot measure eventually approved by the council.

The council also voted 6–1, Peterson again objecting, to release to the public Steele’s report before Gates could review it.

“It’s a shame it all has to come to this,” Gates said in the interview.

The matter now will be up to voters.