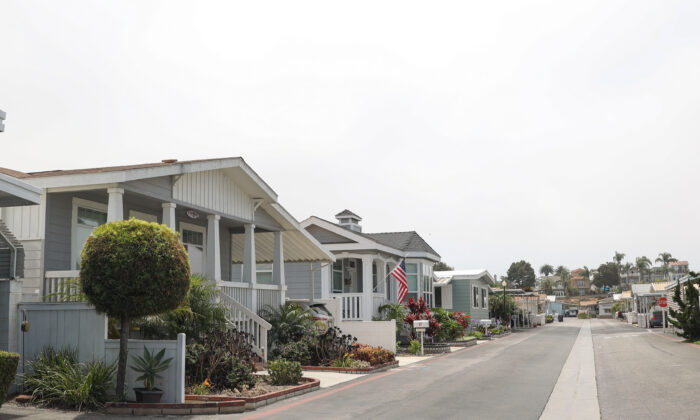 HUNTINGTON BEACH, Calif.—City Councilors June 21 voted 6 to 0 to look into expanding its current rental assistance program to include mobile homeowners.

Councilors Dan Kalmick and Natalie Moser proposed the change, with Moser calling it “the next major issue we need to worry about.”

According to city officials, the program would be federally funded and help residents who make less than $50,000 a year. It is estimated that 40 to 100 households could be helped within two years.

Even though mobile homeowners own their homes—and pay mortgages—they also pay rent for a plot of land at a mobile home park.

Many residents have said rent for these spaces across California has become increasingly unaffordable.

“We are already seeing seniors—women especially over 60—having more of a homeless problem,” said Mayor Barbara Delgleize at the meeting. “We are one of the best cities for seniors to live in, and my fear is that that may not continue because of [rent increases].”

Rent increases for a mobile home park can occur when there is a change of ownership, which triggers a property tax reassessment, usually raising taxes to match market value.

Mayor Pro Tem Mike Posey said another reason for the rent spikes is due to the rise in demand for mobile homes as the general housing market is tight.

The city’s current Tenant Based Rental Assistance program provides up to two years of rental assistance for low-income residents facing homelessness or attempting to climb out of it.

The program is supported by the state’s Housing and Urban Development HOME program, which provides the city nearly $600,000 per year. That funding would be reallocated to include Huntington Beach’s mobile homeowners.

“I just want the community to know that we’ve been hearing everything,” Councilwoman Kim Carr reassured residents they had been working on it since January. “We have had discussions, and this is a really difficult situation.”

Mobile homeowners have been asking the council to put limits on rent increases by sidestepping the city’s ban on all forms of rent control to create a rent stabilization ordinance for mobile home onwers.

But Carr said that would be “pretty darn hard” to get approved considering renters in other housing types across the city are all facing similar issues with rent increases.

Public commenters at the meeting said they were grateful the council took some action.

Meanwhile, the city councilors said the assistance would be just a short-term solution to buy some time to come up with a more effective long-term assistance.