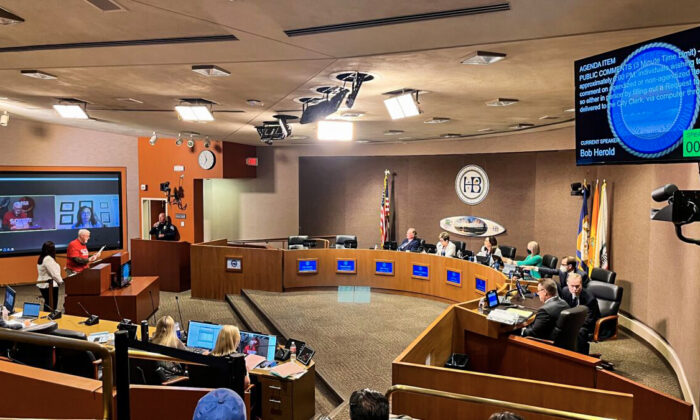 HUNTINGTON BEACH, Calif.—Surf City voters will decide on three measures this November to update the city charter. The measures, which soon will be given letters by the Orange County Registrar, include a total of 17 charter amendments.

The measures were given final approval by the city council at its July 5 meeting. The 6–1 vote was taken for all three measures at once, with only Councilman Erik Peterson dissenting.

The first ballot measure consists of 12 charter amendments. These changes include the following areas:

The third measure to be on the ballot concerns the city attorney:

The council has received a lot of heated feedback on the third measure from residents in the past few months. “This must not be about personality, but about government,” Councilwoman Natalie Moser said at the meeting.

With the ballot measures finally approved, City Attorney Michael Gates will prepare impartial analyses of the first and second measures. The measure concerning the City Attorney will be prepared by the City Clerk.

The Registrar’s deadline to turn in all ballot measure material is August 12.

One ballot measure not taken up by the council would have changed the city clerk and treasurer positions from elected to non-elected, beginning with the November 2024 election.

“There is some credence to having a treasurer [and clerk] be elected and not be beholding to staff or other elected officials to try to direct investment strategies,” Posey said. However, he acknowledged the current appointed clerk has shown impartiality and is doing a great job.