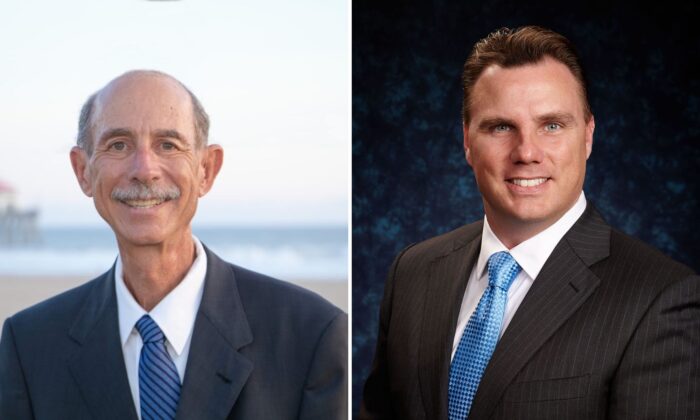 In 2019, Field and another former employee claimed in a lawsuit that Gates treated them unfairly to edge them out of their positions, intending to replace them with younger employees.

The city council for two years paid outside counsel to prepare to take the case to trial, but eventually voted to settle the lawsuit last year. Gates had insisted the suit was without merit and noted there was no evidence of such discrimination in the plaintiffs’ work history—no reports of complaints to human resources, other employees, or the union protecting against age discrimination.

Gates has 14 years of legal experience and earned the Commitment to Service Award for completing 50 hours of pro bono work. He earned a bachelor’s degree in business administration at Pepperdine University and his law degree from Chapman University. A life-long resident of Huntington Beach, Gates and his wife, Kelly, have five children. Gates owned and operated two businesses in computer graphics development and residential real estate for several years.

As Huntington Beach city attorney, Gates, 45, has sued the state of California several times and won, defending the city’s independent rights as a charter city and ensuring the city is not subject to state sanctuary laws.

Before his work in Huntington Beach, Field served as city attorney for Mission Viejo (1988-90) and Temecula (1989-94). He also was a partner at Burke, Williams & Sorensen representing public agencies in California.

The 66-year-old lawyer is a Southern California native and has resided in Huntington Beach since 1989 with his wife and two children. He earned his law degree from UCLA.

Field told The Epoch Times in an email he decided to run for City Attorney because “I love this city and want to restore healthy working relationships between the different parts of our local government, including the City Council.”

He said there is a “breakdown” under the “current leadership” of Michael Gates causing dysfunction within the city government.

In response, Gates told The Epoch Times the “breakdown” with the city council stemmed from his refusal to allow the city council to violate the city charter—“the voice of the people and the highest local law.”

“Mr. Field’s claim he can repair the breakdown suggests he won’t stand up to city council for what’s right,” and won’t “maintain a great, direct relationship with the community—the people who put me in office,” he said.

When asked why voters should choose Field after supporting Gates since 2014, Field said Gates “ran unopposed in 2018 … he hasn’t had to face the voters for 8 years now … voters should have a viable alternative if they are not happy with current leadership.”