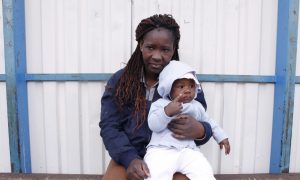 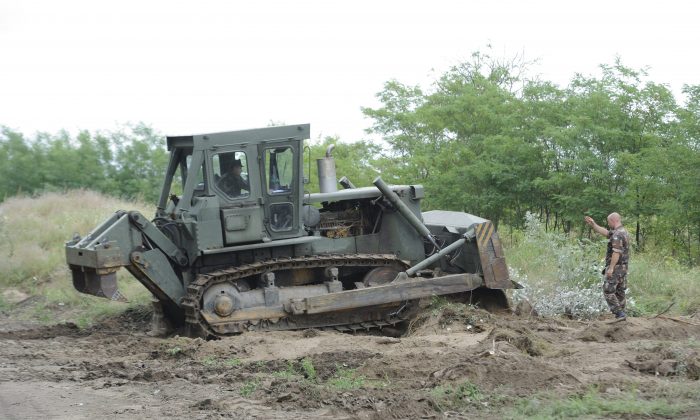 A bulldozer of the Hungarian Defence Force is used to prepare the terrain for the building of at the Hungarian-Serbian border near Morahalom, 179 kms southeast from Budapest, Monday, July 13, 2015. The fence is meant to stem the unprecedented flow of migrants, the government said Monday. (Zoltan Gergely Kelemen/MTI via AP)
Europe

BUDAPEST, Hungary—Hungary has begun building a fence on the country’s southern border with Serbia, meant to stem the unprecedented flow of migrants, the government said Monday.

Military personnel began working on a 150-meter (490-foot) “sample section” Monday morning on the outskirts of the town of Morahalom, where a bulldozer and other heavy machinery were preparing the ground for construction, according to a joint statement from the interior and defense ministries.

“A daily average of 1,000 illegal border crossers are arriving in Hungary, so illegal immigration has become a severe problem and its control a prominent task,” the ministries said.

Government spokesman Zoltan Kovacs said Hungary was committed to building the fence, which it says is a temporary measure.

“Construction is taking place in line with the original intentions and schedule,” Kovacs said.

Foreign Minister Peter Szijjarto had said earlier the 4-meter (13-foot) high fence would be built first in the eight to 10 areas “most exposed to the immigration pressure” along the 175-kilometer (109-mile) long border between Hungary and Serbia.

Around 80,000 migrants and refugees have reached Hungary already this year. About 80 percent of them are from war-torn countries like Syria, Iraq and Afghanistan.

Most of them request asylum, but they quickly go to other, wealthier European Union countries like Germany and Sweden before their requests are settled.