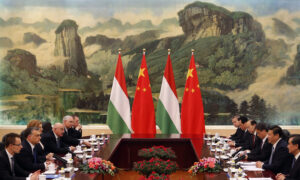 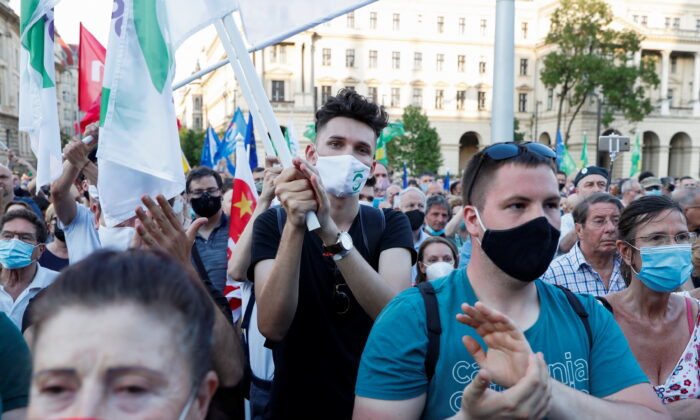 Hungary Appears to Back-Pedal on Chinese University Plans After Protests

BUDAPEST—Hungary appeared to backtrack on plans to build a Chinese university in the capital Budapest after thousands took to the streets at the weekend accusing the government of cosying up to Beijing, provoking an angry Chinese response.

Opponents of Prime Minister Viktor Orban fear the planned private, $2 billion campus could undercut the quality of higher education and help Beijing increase its influence in Hungary and the European Union.

A senior Orban aide said late on June 6 the university was not even at the planning phase, and once the plan took shape, in early 2023, it could be put to a referendum.

“Once the project’s conditions are known, we support a referendum in Budapest to decide whether locals want Fudan University here,” Gergely Gulyas, Orban’s chief of staff, told the pro-government news web site Mandiner late on June 6.

According to media reports, the government was willing to pay for the construction of Shanghai-based Fudan University’s first campus in Europe with a Chinese loan. The campus would displace a planned local student housing area.

Gergely Karacsony, the opposition mayor of Budapest and a top contender to challenge Orban in elections next year, said on June 5 the university protest was a symbol of Hungarians rejecting heavy-handed government decisions.

“Although we are worlds apart on human rights… we really just don’t want a Chinese elite school built at the expense of Hungarian taxpayers,” Karacsony told the rally on June 5.

A media spokesman at the Chinese Embassy in Hungary, who did not give his name, criticized Karacsony’s comments on the embassy’s Facebook page.

“In broad daylight, it is unseemly to criticize the internal affairs of another country, especially when I heard some key words in his speech, such as ‘Tiananmen Square protests’, ‘democracy’, ‘human rights’, and ‘values’,” the official said.

Hong Kong police on June 4 stopped people gathering to commemorate the anniversary of China’s bloody suppression of pro-democracy protesters in and around Beijing’s Tiananmen Square on June 4, 1989, in a further crackdown on dissent.