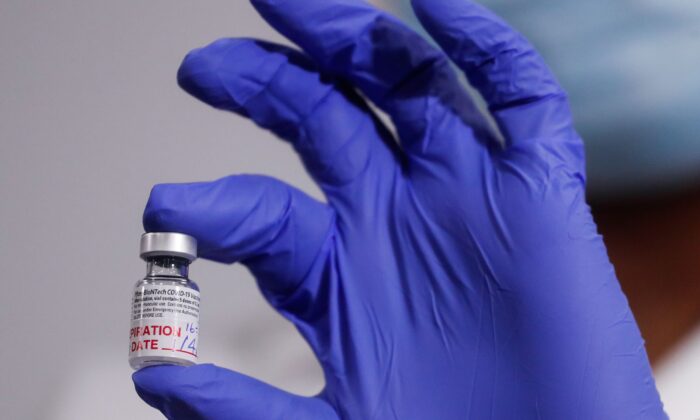 A COVID-19 vaccine bottle is seen in New York City on Jan. 4, 2021. (Shannon Stapleton/Pool/AFP via Getty Images)
By Zachary Stieber