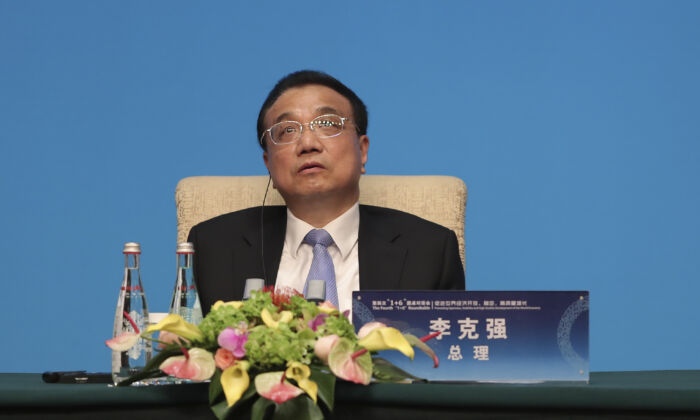 In 2022, 16 million Chinese people will join the workforce and need a job. At the same time, almost 300 million migrant workers will enter the cities, to earn money to feed their families in villages back home, Chinese Premier Li Keqiang said on March 11.

In 2022, hundreds of thousands of veterans will leave the Chinese army and need to make a living in ordinary society. Meanwhile, a large number of Chinese enterprises are facing financial crises, and have to lay off employees who also need a way to earn money, Li added without specifying a number.

“Every year the new employment in China’s urban areas must be at least 11 million, but it’d be best if it’s more than 13 million,” Li told reporters at a press conference after the closing ceremony of the regime’s rubber-stamp legislature conference.

The Chinese regime’s official data shows that over 10 million Chinese people in urban areas are registered as unemployed. However, this data doesn’t reflect China’s true unemployment rate, nor the overall employment status in the country.

According to the regime’s 2021 census, 63.89 percent of China’s population lives in urban areas.

Others who lost their jobs are called “people who need a job” by the Chinese regime, and there’s no official data showing how many are in this group.

At the March 11 press conference, Li said, “This year, about 16 million people in urban areas will enter the labor market.” These people include graduates from high school who can’t go to college and those from vocational schools and colleges who graduate throughout the year.

Li said, “10.76 million students will graduate from college this year.” Most of these students will be part of the 16 million who need a job. The others will continue their studies for higher education levels inside or outside China, or will join the military.

In rural areas, 300 million farmers decided to become migrant workers because there are farmable land is limited and the income of a farmer is low. Those who decide to be farmers also need a supplemental job, according to Li. He gave an example of someone he met when he visited a northwestern village in January.

Veterans, who leave the military, need a job too. It’s unclear how many unemployed Chinese veterans there are. In March 2017, the Chinese military’s PLA Daily reported that China had over 57 million retired soldiers in total. Hundreds of thousands of new veterans join them every year.

Millions of people from urban areas compete with their peers and the 300 million migrant workers from rural areas for the limited positions in China’s labor market.

To solve the issue, Li Keqiang encouraged people to take “flexible employment,” including setting up street stalls, an idea he promoted in 2020. State-run China News quoted Ning Jizhe, director of China’s National Bureau of Statistics who said that in January 2021 China had over 4 million delivery personnel and over 1.6 million online product sellers. These people were implementing flexible employment.

“Here, I have to talk about flexible employment because more than 200 million Chinese people are in it. It has diverse forms and covers a wide range,” Li said at the March 11 press conference. “They work in the rain, in the wind. The work environment is really tough.”

“There are 150 million enterprises in China,” Li said. “100 million of them are individual industrial and commercial entities … and they supply 300 million jobs.”

The individual businesses that Li talked about include small-sized restaurants, small-sized retailers, self-employed bus or truck drivers, and small workshops. “They calculate every penny, pay their employees on a daily basis, and decide whether to continue the business every month,” Li added. He said these businesses operate with difficulties.

Even with hard work, these businesses are still struggling on the edge of survival because of the poor economic status in China.

To find a job, a lot of Chinese have to move to another city or even another province. Unlike the United States or European countries, the Chinese regime has a registration system that doesn’t support people changing their location.

“Now, over 100 million Chinese people work in another province [not the province in which they are registered]. They have to travel back and forth for their job-related issues, pensions, student’s education, and so on,” Li said. He promised to take action.

As Li said at the conference, 2022 is his last year as China’s premier. In the Chinese regime’s culture, it is difficult for a leader to have solid achievements in his last year because officials might not put his demands into action.