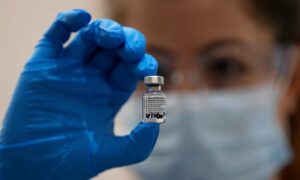 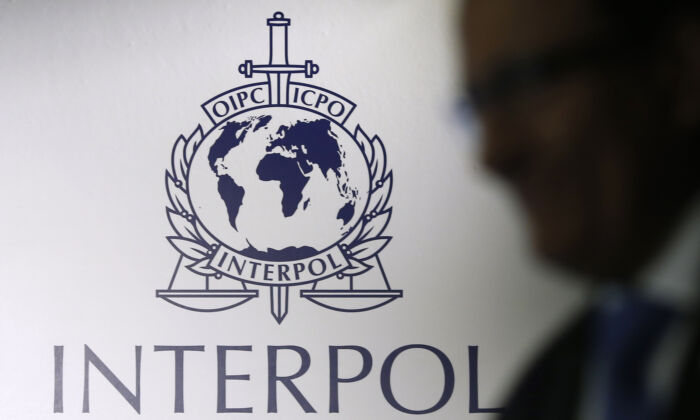 A man passes an Interpol logo during the handing over ceremony of the new premises for Interpol's Global Complex for Innovation, a research and development facility, in Singapore Sept. 30, 2014. (REUTERS/Edgar Su)
World

This comes after Interpol, which is headquartered in France, issued a global alert in December to law enforcement across its 194 member countries, warning them to prepare for organised crime networks targeting COVID-19 vaccines, both physically and online.

Some 400 ampoules—equivalent to around 2,400 doses—containing the fake vaccine were found at a warehouse in Germiston, east of Johannesburg, where officers also recovered a large quantity of fake 3M masks, the agency said on Wednesday on its website.

Three Chinese nationals and a Zambian national were arrested.

Meanwhile in China, police identified a network selling counterfeit COVID-19 vaccines and raided the manufacturing premises, resulting in the arrest of some 80 suspects. More than 3,000 fake vaccines were seized on the scene, Interpol added.

“Whilst we welcome this result, this is only the tip of the iceberg when it comes to COVID-19 vaccine related crime,” said Interpol Secretary General Juergen Stock.

Interpol said investigations are continuing and it is also receiving additional reports of fake vaccine distribution and scam attempts targeting health institutions, such as nursing homes.