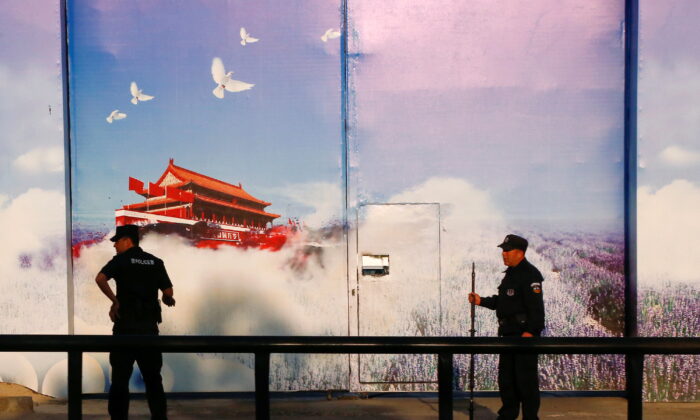 An advocacy group is calling on the Australian government to sanction Chinese officials for human rights abuses in China’s Xinjiang region.

Human Rights Watch (HRW), an international nongovernmental organisation (NGO) that works to raise awareness of human rights abuses globally, published an article on Sept. 13 urging the Australian government to “take firm action” against the Chinese government. The organization suggested that the actions include “imposing targeted sanctions” and “introducing legislation to prevent the import of goods made with forced labor.”

“Australia should impose targeted sanctions against Chinese government officials who are implicated in crimes against humanity and other grave abuses against Uyghurs and other Turkic Muslims in Xinjiang,” said Sophie Richardson, China director at Human Rights Watch.

The U.N. Office of the High Commissioner for Human Rights released a 48-page report on human rights concerns in Xinjiang on Aug. 31.

For the first time, the office has uncovered serious human rights violations by the Chinese Communist Party (CCP), which it has concluded may amount to crimes against humanity.

The report recommends that countries, companies, and the international community should take action to end the CCP’s abuses and advance justice and accountability.

“In a coordinated effort in March 2021, the European Union, U.K., U.S., and Canada imposed targeted sanctions, including travel bans and asset freezes, on senior officials in Xinjiang who have been accused of serious human rights violations against Uyghur Muslims,” the HRW article reads.

Richardson said, “The European Union, U.S., UK, and Canada have already taken these steps, and Australia should join these efforts to hold those responsible for these actions accountable and to stand with victims.”

The advocacy group also called on the Australian government to pass new legislation that could prohibit forced labor and include a designation in the new law for the Xinjiang region as a location where the risk of forced labor is very high. It said that based on this legislation, Australia could then introduce a presumption that imports made, in whole or in part, in Xinjiang would be associated in some form with “forced labor.”

They also suggested that the Australian Department of Foreign Affairs and Trade should provide clear guidance in some format to Australian businesses “about the risks of buying products from or investing in Xinjiang.”

In particular, they suggested that the government should emphasize the sectors that can potentially be exposed to the issue, such as clothing manufacturing and the solar panel industry.

Australian Foreign Minister Penny Wong confirmed in a Sept. 6 interview that Australia will work with international partners to respond to the “harrowing” U.N. report and continue to protect and promote human rights.

“One of the things we said before the election that I’m very focused on, and partly because of my engagement with NGOs, is to improve the Modern Slavery Act,” Wong said.

“Because if we have a domestic framework which more strongly enforces a ban on products made from forced labour, I think that is one of the ways we can use supply chains to ensure we don’t promote, we don’t condone, and we don’t financially support forced labour.”

Rex Patrick, then an independent senator, introduced legislation in April 2021 to amend Australia’s Customs Act to ban all imports from the Xinjiang region. The legislation also proposes a ban on the import of any goods from the rest of China that are produced using forced labour.

The U.N. Human Rights Council, meeting in Geneva, Switzerland, for nearly a month starting on Sept. 12, is expected to debate a resolution formally condemning the CCP for its abuses in the Xinjiang region.

HRW also urged Australia to “lead efforts at the U.N. Human Rights Council’s upcoming session to establish an independent investigation into China’s abuses in Xinjiang, taking all measures necessary to advance accountability and provide Uyghurs and others the justice they are entitled.”

“The Australian government should turn words into action to help Uyghurs and other oppressed communities in Xinjiang,” Richardson said. “Australia should stand side by side with a growing global coalition of nations that will not allow Chinese government crimes against humanity to go unpunished.”