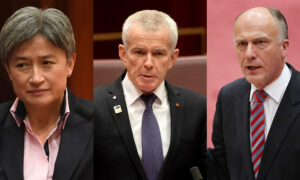 Australian Senators Calls for WHO Reform or Exit
0 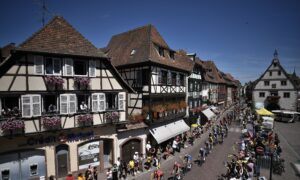 It’s been nearly five years since Chinese human rights lawyer Wang Quanzhang was separated from his family. Wang’s return to Beijing on Monday evening marked the long-awaited family reunion. Wang, his wife Li Wenzu, and their son were finally together.

Wang had been kept under house arrest in Jinan, Shandong, and the Chinese authorities released him this month.

His wife, Li Wenzu, was hospitalized in Beijing on April 26 for acute appendicitis.

According to Wang’s friend, a family member’s signature would be required to operate on Li for her acute appendicitis. The friend told Wang, “If you don’t make it back, then no one would be able to sign for her operation. Her dad and her sister are both from Hubei, they wouldn’t even be able to enter Beijing even if they tried to come back.”

Wang left Jinan on Sunday, hoping to see his wife and child on the same day. However, he was stopped by local police on the highway immediately upon departure.

Local police escorted Wang to the station, and they waited for further instructions from government officials.

During Wang’s interview on Sunday with Voice of America, he said that although he had been deprived of his political rights, the CCP (Chinese Communist Party) continued to infringe on his personal liberty by stopping him en route to Beijing for a family reunion.

Wang said, “I haven’t been able to even leave this area. I was stopped at the highway entrance.”

“I was annoyed, worried, and tired at the same time.”

On April 27, Wang Xiaoling, a relative of another “709” human rights lawyer, tweeted that Wang Quanzhang was escorted by car by the Jinan police during his entire journey to Beijing.

After learning of the suffering endured by Wang’s family, Zhu Shengwu, a former human rights lawyer from Shandong who currently resides in Canada, said that this tactic is used by the Chinese Communist Party (CCP) on dissidents and political prisoners to spread fear around the world and among its own citizens.

Zhu said, “The reason for their treatment may be to spread fear, to allow more people to learn about the ruthless nature of the CCP. The CCP’s rule within China is to intentionally mistreat well-known political prisoners, to intentionally abuse them, and to intentionally spread fear for the world to see. It’s especially done to let the Chinese people see that the CCP would resort to, no matter how extreme, to maintain the control.”