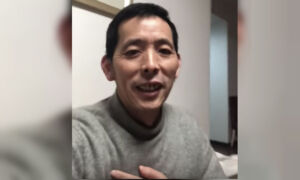 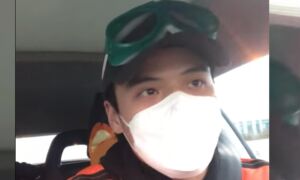 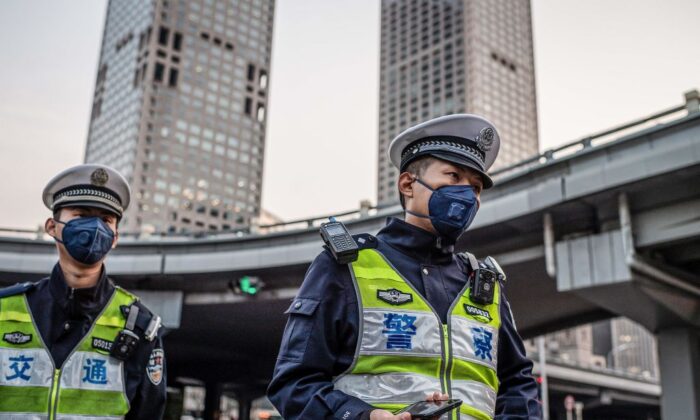 Human Rights Watch (HRW), a U.S.-based nonprofit, is calling on Chinese authorities to free three activists and two citizen journalists who were detained for disseminating information about the CCP virus outbreak in China.

“While Beijing is ramping up its global propaganda extolling its ‘success’ in containing Covid-19, it is also forcibly disappearing those independently reporting on the pandemic,” said Wang Yaqiu, China researcher at HRW, according to a statement published on April 27.

Wang added: “So much about the coronavirus in China will never become known because the Chinese government has muzzled those trying to share critical information.”

Chen and Cai are volunteers with a project called Terminus2049, a crowd-sourced project that archives censored materials from Chinese media outlets and social media on the open-source coding platform Github, which is not restricted by China’s Great Firewall.

In recent months, Chen and Cai have “posted news articles, interviews, and personal accounts” related to the outbreak of the CCP virus, commonly known as the novel coronavirus, on the coding platform, according to HRW.

The three were arrested in Beijing on April 19, with Cai and Tang being accused of  “picking quarrels and provoking trouble”—a catch-all charge that Chinese authorities often use against dissidents.

According to HRW, Cai and Tang were then placed under “residential surveillance in a designated location,” a form of enforced disappearance in which police can hold individuals in undisclosed locations for up to six months.

Chen’s brother, Chen Kun, told Reuters earlier on Monday that his brother was “cooperating with an investigation.”

Access to Terminus 2049’s page was blocked in mainland China after the three were detained, the rights group stated.

In 2015, Github was briefly taken offline after a cyberattack, which later was traced back to state-owned telecoms company China Unicom, NPR reported, citing research by cybersecurity consulting firm Errata Security. At the time, Github was developing anti-censorship software designed to circumvent censors in China.

HRW is also calling for the release of two citizen journalists who had been documenting the epidemic in the central city of Wuhan, where the virus first broke out.

Chen Qiushi, a 34-year-old lawyer-turned-citizen-journalist, arrived in Wuhan on Jan. 24. He subsequently published more than 100 posts on his YouTube and Twitter accounts. His mother said he had gone missing on Feb. 7.

Fang Bin, a 47-year-old Wuhan clothing salesman, had shared videos taken at hospitals in Wuhan, and was taken from his home by local police on Feb. 10.

“The two have not been heard from since and are considered to be forcibly disappeared,” HRW stated.

Another citizen journalist reporting from Wuhan, Li Zuhua, resurfaced in April after he had gone missing for nearly two months. In a YouTube video, Li explained that he had been forcibly quarantined.

Recently, U.S. Rep. Jim Banks (R-Ind.) sent a letter to the U.S. State Department, requesting it to investigate the disappearance of the three citizen journalists, according to an April 1 press release.

Banks said: “The United States should apply diplomatic pressure on the Chinese government to learn these journalists’ whereabouts and ensure their safety.”

Wang from HRW said “the lack of free flow of information about Covid-19 in China has contributed to a global pandemic.”

Reporters Without Borders (RSF), which recently ranked China 177th out of 180 in its 2020 World Press Freedom Index, stated in March that the current pandemic could possibly be avoided if Chinese authorities had not censored vital information during the early days of the crisis.

Beijing muffled eight doctors, among them ophthalmologist Li Wenliang, when they took to Chinese social media to warn people about a new form of pneumonia spreading in Wuhan in late December.

Wang concluded: “Governments around the world should press Beijing to release the wrongfully detained activists and citizen journalists immediately.”