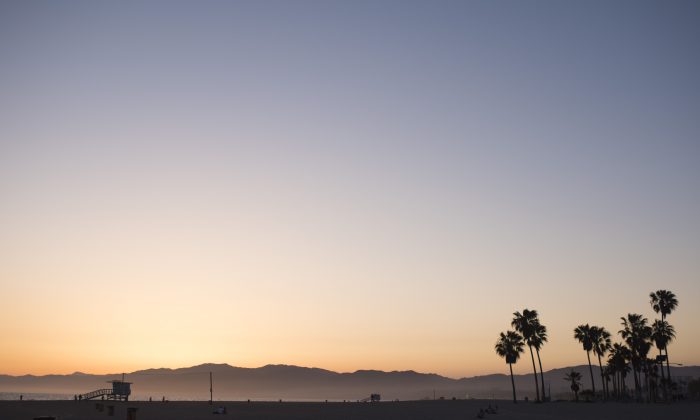 Amid a hazardous rip current brought about by Tropical Storm Barry, Florida beachgoers formed a human chain to rescue a swimmer in Panama City.

Despite the Panama City Beach Fire Rescue’s warnings to the public to stay away from the water, officials still received a number of calls about swimmers in need of rescuing. According to People magazine, some 38 water rescues were made on July 14 and one person was found deceased amid strong rip currents.

“Double Red Flags are flying on Panama City Beach,” fire officials wrote on Sunday. “Please avoid getting in the water. The decision to ignore the warnings has impacts far beyond the swimmer that becomes distressed.”

People form a human chain to save a swimmer at Panama City Beach. Way too many people in the water with double red flags! Photo from Kirk Guidry pic.twitter.com/uPBvAeK7c4

They added that officials received nonstop “calls for rescues by members of Beach and Surf and our Fire Rescue members.”

Video footage of the human chain rescue showed dozens of people lined up near the shore. Some were on surfboards.

The swimmer apparently “had a belly full of saltwater and was going to be sick for a while,” People reported, citing a witness.

Video of this AM pic.twitter.com/T0AeLcNrYD

The person wrote in another tweet: “Dramatic rescue in #PCB. #HurricaneBarry Undertow almost taking the rescuers under. Awesome job by the @BayCountySO office saving lives today.”

According to ClickOrlando, about 100 people formed the human chain.

“I immediately ran over to see what was going on, and there was two people that had actually… they went so far out past the waves, it was a double red flag, that they could not, the current was so rough, that they could not literally swim back in,” said Shelly Callaway, who captured photos, reported WJHG.

“I know that there was four to six people out there, two that actually got stuck in the current, and at least four rescuers that were trying to get out there and help,” said Callaway. “I just think that everybody should take the double red flags seriously, and when you see the double red flags you need to stay out of the water,” she added.

Four people who were involved in the human chain also needed to be rescued, the report said.

“You can actually be given a criminal citation or even placed under arrest and taken to jail. We want to avoid that and just have people stay out of the water for their own safety,” he said.

Morris added that it is also dangerous and illegal to enter the water to save someone from drowning.

“I know that seeing somebody in trouble while you’re on the sand is a heart-wrenching thing to go through, but whenever a deputy gets on scene, if there’s already people going out there to help, that’s going to add more victims,” he said.

Officials said that if one sees a swimmer in distress, call 911 and tell them which beach access or condominium to go to and clear a path for rescuers, the report noted.