Huawei Starts ‘Backup Mode’ to Deal With US Export Ban 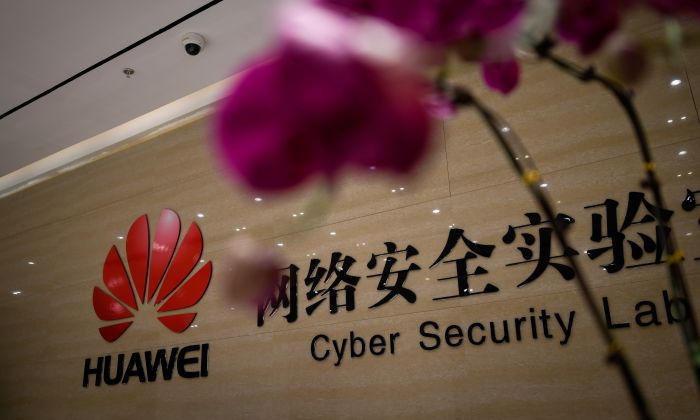 A Huawei logo is seen at the entrance of the Huawei Cyber Security Lab at a Huawei production base during a media tour in Dongguan City, Guangdong Province, China, on March 6, 2019. (WANG ZHAO/AFP/Getty Images)
By Nicole Hao

At a press conference held by the company for Japanese media on May 18, Ren said the export ban would only affect Huawei’s business slightly because “we actually have foreseen this day for many years, and we do have a backup plan.”

But a day later, Reuters reported that Google has suspended some of its business with Huawei, threatening the company’s smartphone business—since its phones all run on Google’s Android operating system.

Huawei has tried developing its own chips and operating systems in recent years, but it remains a question whether their attempts to become independent of foreign suppliers will work.

On May 15, the U.S. Commerce Department added Huawei and its 68 affiliates to its “Entity List,” meaning the company can’t acquire components and technology from U.S. firms unless it receives special U.S. government approval.

U.S. Commerce Secretary Wilbur Ross said in a statement that Trump backed the decision to “prevent American technology from being used by foreign-owned entities in ways that potentially undermine U.S. national security or foreign policy interests.”

Ren made his first public response to the ban by telling Japanese media that Huawei will be “fine” without chips from Qualcomm and other U.S. suppliers.

“We have already been preparing for this,” Japanese media Nikkei cited Ren as saying.

An open letter from Teresa He Tingbo, the president of Huawei’s chipmaking subsidiary, HiSilicon, confirmed the switch to an emergency mode.

“Today is the day when history would make a choice, that all the ‘spare tires’ we have prepared will become ‘tires in-use’ overnight,” He said, in a letter sent to all HiSilicon employees on May 17, announcing that Huawei has begun its “backup mode.” The letter was leaked by many Chinese media outlets.

“Many years ago, our company had made a hypothesis of an extreme scenario that we wouldn’t be able to obtain any advanced chips and technologies from the United States,” He said.

But Reuters reported on May 19 that, according to a source close to the matter, Google responded to the U.S. government’s export ban and has suspended “the transfer of hardware, software, and technical services except those publicly available via open source licensing.”

The source told Reuters that Google is still evaluating details of the suspension. Huawei has not commented so far.

Huawei also depends heavily on U.S. suppliers. Chinese state-run media Yicai Global reported in November 2018 that Huawei has 92 core suppliers, 36 percent of which are U.S. companies. And even 40 percent of its Chinese suppliers use U.S. technology for their production.

Linda Sui, a U.S.-based smartphone strategy analytics analyst from Global Wireless Practice, told Reuters on May 17: “I would be surprised if HiSilicon can make it [chips] without any U.S. suppliers.”

A China-based source told Reuters: “[None of Huawei’s U.S. suppliers] can be replaced by Chinese ones, not within a few years, at least.”

The person gave an example that Huawei and its subsidiaries use chip-design software from Cadence Design Systems Inc. and Synopsys Inc., both based in California and leaders in the global market.

“It’s hard to replace [the softwares],” Mike Demler, a senior analyst at semiconductors technology analysis and consulting company Linley Group, told Reuters. “Cadence and Synopsys pretty much have all the ground covered for anything you would need.”