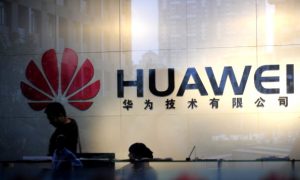 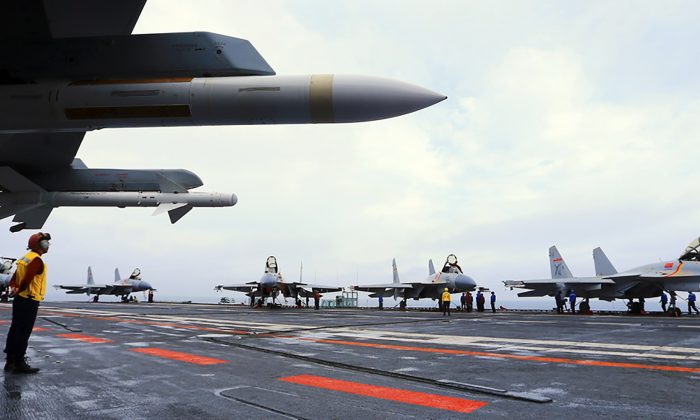 On April 20, 2018, Chen Lifang, corporate senior vice president and president of public affairs at Huawei, gave a speech at a seminar for new employees, in which she encouraged staffers to learn from U.S. companies—to poach technology from them.

Chen was speaking as a  trade dispute was escalating between China and the United States, and as Chinese state media was criticizing the U.S. administration’s plan to slap tariffs on Chinese goods.

Instead of employing nationalistic sentiment to oppose the United States, Chen urged her audience “not to be arrogant.”

“If the business does not have growth potential, does not have added value, nor key know-how, we can’t catch up with the United States,” she said.

Chen then called on China to develop domestic versions of a wide-ranging list of top U.S. firms,  from tech firms such as Cisco and IBM, to pharmaceutical companies Pfizer and Eli Lilly, to defense manufacturers Lockheed Martin and Northrop Grumman. These companies, of course, are in sectors that Beijing has selected for high-priority, aggressive development in order to become a high-tech powerhouse.

She acknowledged huge gaps in different technical fields: “The capability to process data that DuPont has accumulated is more than 25 times than our country’s. In the field of turbines, the materials we have developed and the tests we have conducted are only 5 percent of GE’s.”

Even greater is the gap in developing microelectronics and artificial-intelligence-enhanced equipment with as much precision and stability as the United States’.

Curiously, Chen then cited the Wassenaar Arrangement, a pact signed by 42 nations in 1996 to restrict countries’ exports of dual-use technologies, or those with both military and civilian uses.

China isn’t among the member states.

But Chen talked about the need to import “special testing equipment that is related to national defense”—which countries would be restricted from importing into China. “[For those technologies,] we can only rely on a ‘hidden battlefront’ and have comrades take the risk,” she said—implying that the Chinese should secretly smuggle such goods into the country, in violation of the pact.

With China’s heavy reliance on foreign imports, including for chips and other important tech components, Chen said there was much to learn from advances in the U.S. manufacturing sector.

“Without the American manufacturing industry, our CNC machines [machines automated by computers], electronics industry, energy industry … and some military products would not work or the performance would be greatly reduced,” she said—apparently confirming that Chinese sectors had acquired the technology from U.S. firms.