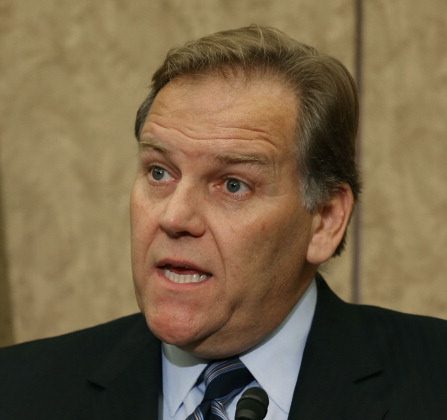 Huawei, China’s telecom juggernaut, is facing growing scrutiny over espionage concerns in the United States and will likely be locked out of bidding on a critical new government computer network in Canada.

A representative for the Prime Minister’s Office (PMO) would not directly speak of any concerns about Huawei during a press conference Tuesday. But the representative noted that Shared Services Canada, a new department that will take control of federal government email and telecommunications and data services, has invoked a national security exception for the construction of a new government network.

The exception means construction of the network will not be subject to bidding requirements imposed on government contracts by trade agreements.

“The government is going to be choosing carefully the construction of this network,” Andrew MacDougall, director of communications for the PMO, told reporters.

“I will leave it to you to think if Huawei should be a part of a Canadian government security system.”

Shared Services Canada issued a statement saying that the government takes cybersecurity seriously and was operating on the advice of security experts.

“Our government has put in place a Cyber Security Strategy designed to defend against electronic threats, hacking and cyber-espionage,” said the statement.

Shared Services would also not comment on any particular equipment supplier.

On Monday, the U.S. House of Representatives Permanent Select Committee on Intelligence issued a report that raised concerns that Huawei and fellow Chinese telecom provider ZTE were involved in espionage work.

“Huawei, in particular, provided evasive, nonresponsive, or incomplete answers to questions at the heart of the security issues posed. The failure of these companies to provide responsive answers about their relationships with and support by the Chinese government provides further doubt as to their ability to abide by international rules,” said the report.

The report also urged the private sector to seek other vendors for telecommunications products.

Mike Rogers, chairman of the Committee on Intelligence, told the Canadian Broadcasting Corporation that Canada was equally at risk from Chinese cyber-attacks.