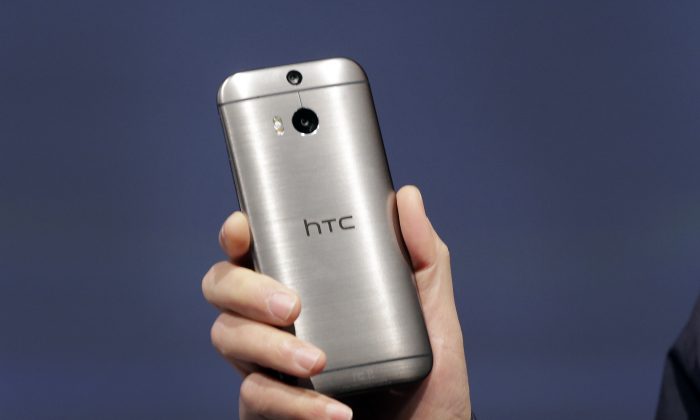 HTC could be relaunch its flagship phone as a Windows device in August.

According to wpcentral and Tom Warren from The Verge, HTC will be holding a press conference in New York City on August 19 to launch the HTC One (M8) for Windows.

This phone has also been called the HTC One (W8).

Neither HTC nor Microsoft have confirmed the news.

The “new” phone should come with Windows Phone 8.1 Update 1 installed, and will be carried by Verizon.

HTC could sell the phone on August 21.

Here are the specs of the upcoming HTC One (M8) for Windows:

See an AP article on the Windows Phone Cortana app.

The company’s corporate vice president of operating systems, Joe Belfiore, said Wednesday in Beijing that Chinese and British users of Windows Phones will get the voice-recognizing app in an update to Windows Phone 8.1 that will begin rolling out to developers next week and to users in the coming months.

In China, the app nicknamed “Xiao Na,” will speak Mandarin and include locally relevant information, like air quality reports in weather updates and information on local TV shows and celebrities.

In Britain, users will get an app that has a British accent and be up to date about English Premier League soccer and other local matters.

Users in Australia, Canada and India will also be allowed to use a version of Cortana, although the Redmond, Washington-based company said that would be an earlier test mode and tailored to U.S. and U.K. audiences.

The update, described in April at Microsoft Corp.’s developer conference, will also introduce new hardware capabilities as the software giant seeks hardware partners beyond Nokia, whose device unit it purchased in April. Although Nokia has accounted for most of the Windows Phone shipments today, Microsoft has signed up 14 new manufacturing partners in the last six months, including heavyweights like Samsung, HTC, Huawei and ZTE.

The update allows for phones to use two SIM cards, supports a better screen resolution for lower-end phones and adds support for so-called “smart covers” that give users brief notifications through a small window in the cover like on Samsung’s S4 and S5.

On the software side, the update will now allow so-called “live tile” icons to be grouped into folders, a functionality that has long been available on Apple iPhones and devices that run Google Inc.’s Android operating system.

In Windows Phone, however, the tiles show snippets of information from the apps. The folders will show snippets from four to 18 apps in the folder at once.